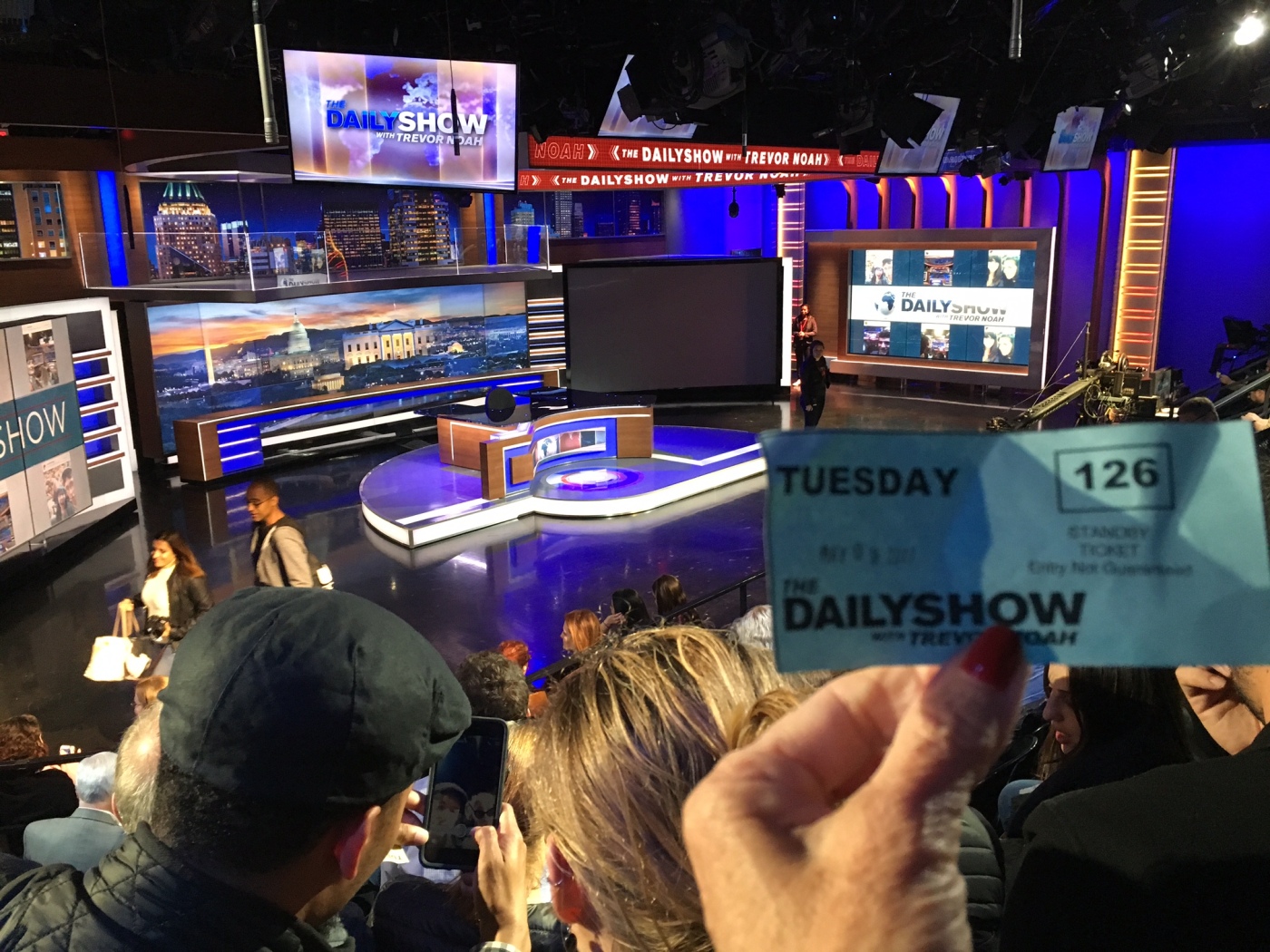 This evening, our new found “line friend” is Laney.  She is a young lady from Mississippi who has been in New York for 2 years and is attending NYU, pursuing a degree in publishing, graduating and has an upcoming interview with Penguin Publishing.  She was excited and nervous about the interview.  She got a phone call while in line that her roommate wouldn’t be able to make it to the show.  She was disappointed, but it didn’t faze her.

We were escorted into the studio and asked to not take any pictures during the taping.  We said OK because we had to.  Although the place looked just like it does on TV, it still seemed weird and unreal!

The crowd director came out, told us what to expect, gave us the ground rules and did a short question and answer.  We were expecting the show to start rolling, but there was a long break when nothing was happening.  After a while, the crowd began to get a little antsy.

Finally, the warm up guy showed up and did his thing.  He was good, clever and got the mood rolling back in the right direction. He bantered with the audience and then introduced Trevor Noah.

Trevor apologized for the delay and explained why things were running late.  Trump had fired the FBI Director just a few hours earlier.  The Daily Show staff went straight to work on it and had virtually re-written the entire show.  It was some of the freshest comedy I have ever seen.

It’s a 30 minute show and it went by even faster.  Our takeaway from this is that the wit and comedy of Trevor Noah, like his predecessors, Jon Stewart and Stephen Colbert, is first rate.  That’s probably why they are in New York and on national TV.

One thought on “The Daily Show with Trevor Noah”