Social media dubbed this area, The Happiest Place in Manhattan.  It is one of the most beautiful sceneries in New York City.   Way up in north Manhattan on a spot where George Washington and his Revolutionaries took on the soldiers hired by the British in 1776. It’s the Cloisters located in the Fort Tryon Park. 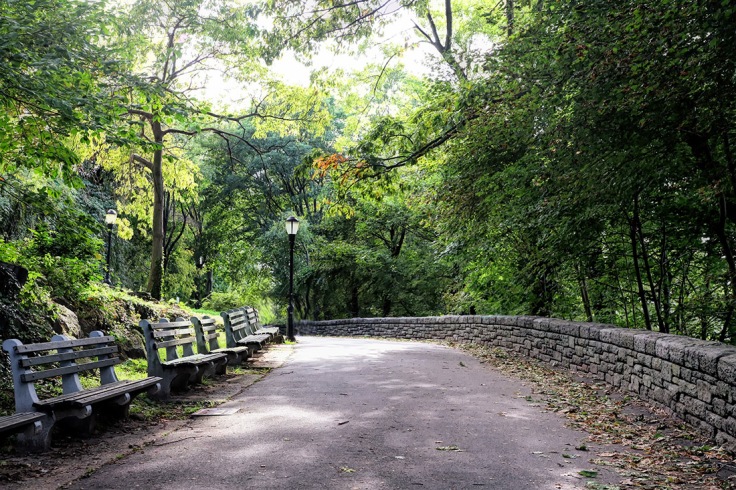 John D Rockefeller wanted to preserve a park area for the public.  Purchasing land along the banks of the Hudson from the early New York barons who owned the tracts, Rockefeller obtained 67 acres for his dream park.  He then purchased tracts of land in the New Jersey Palisades to prevent development of the area and protect the gorgeous vistas of the Hudson River.  Fredrick Olmstead, a son of the architect of Central Park, was commissioned to design and build the Ft Tryon Park.

George Barnard was an American sculptor living in France.  He traveled throughout France collecting medieval art, statues and edifices.  Barnard developed extensive collections of 12th and 13th century panel paintings, sculptures, tapestries, stained glass and illuminated manuscripts.  Not being a very good steward of his finances, Barnard got into financial trouble and sold his collections to Rockefeller, including many architectural elements from dismantled abbey around France. Rockefeller and Barnard brought the art collections and the dismantled abbeys to New York and carefully rebuilt them in the Cloisters. 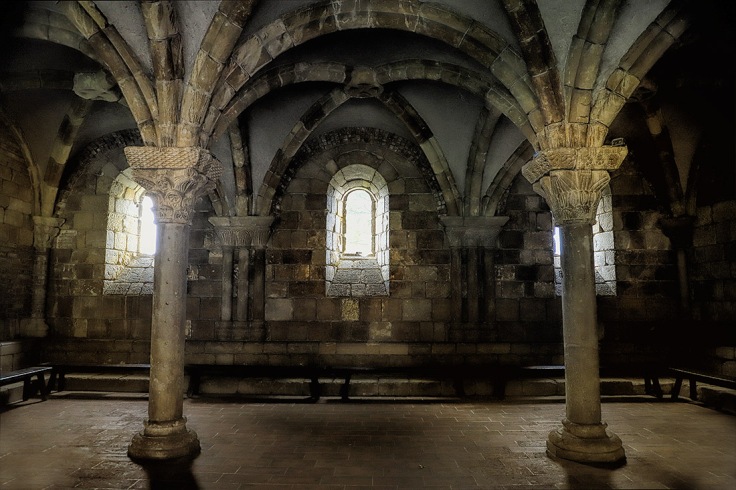 The buildings are a combination of medieval structures bought in Europe, shipped to New York and reconstructed on-site stone-by-stone, and new buildings constructed in the medieval style.  The grounds are covered by beautiful gardens modeled after what is known of the Gardens of Love and Paradise from the 9th century.  You almost expect Shakespeare to enter, strumming a lyre and reciting poetic prose to a fair maiden. 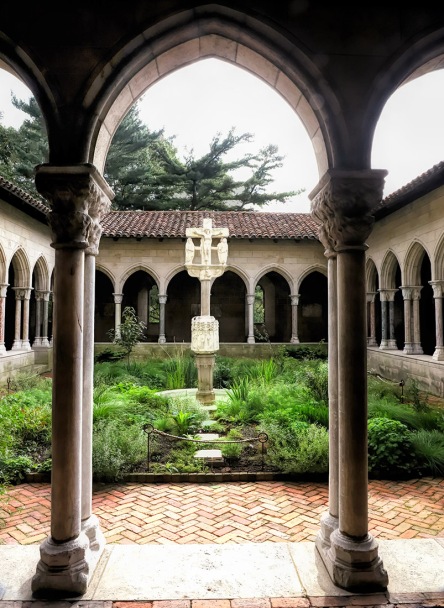 The park opened in 1939.  Rockefeller’s dream came true.  Fort Tryon and the Cloisters provide the quiet, peaceful serenity so needed away from the 24 hour beast, New York City.

Rockefeller gifted the Cloisters museum and the Fort Tryon Park to the Metropolitan Museum of Art. And New Yorkers are grateful for the gift.

Getting there:  The A train arrives at the south end of Tryon Park.

10 thoughts on “The Happiest Place in Manhattan”