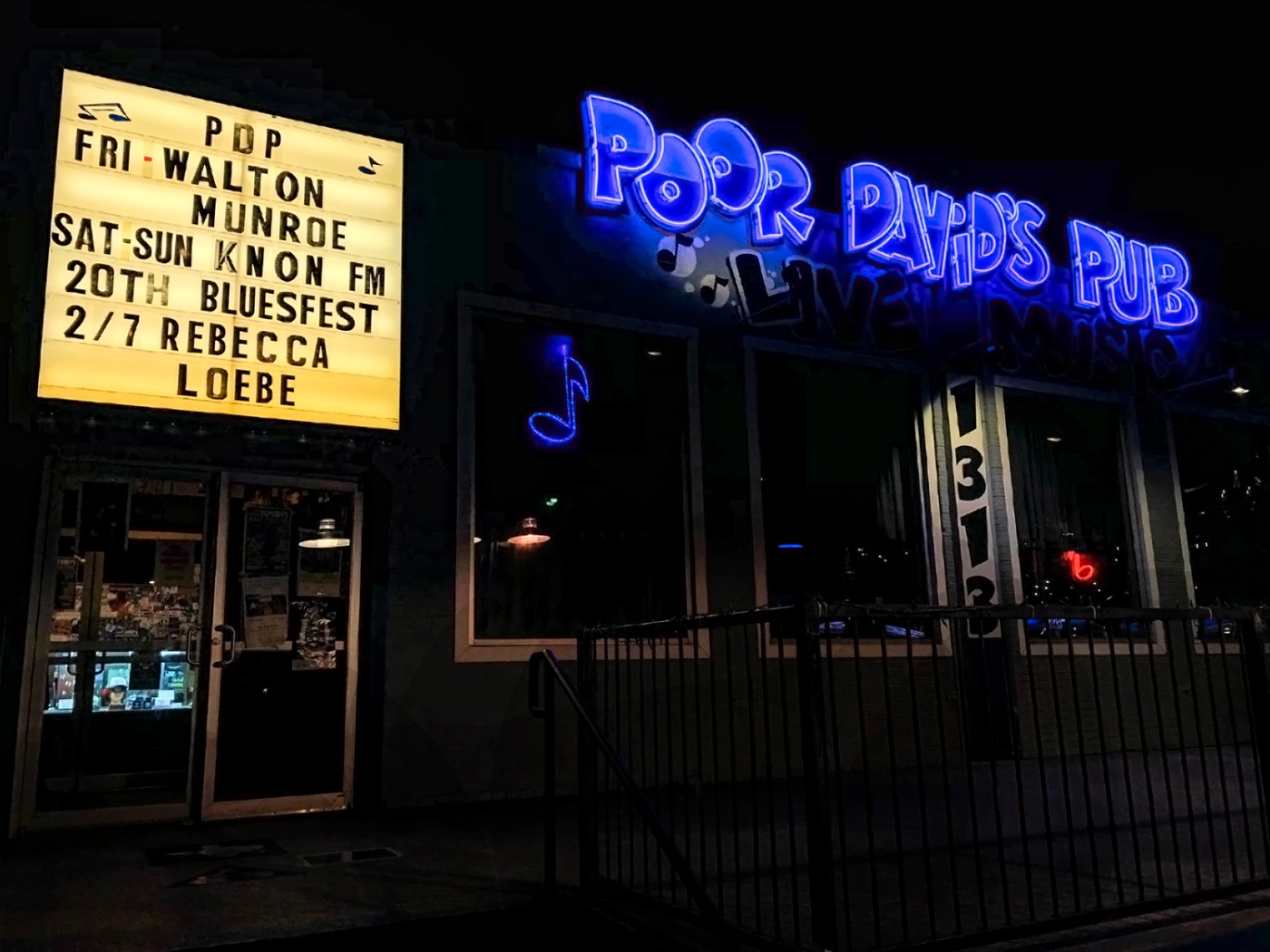 One of the things Texas is known for is its music scene.  From Dalhart to Laredo, from Texarkana to El Paso, Singer-songwriters are belting out tunes of, for, about and to the Republic.  The independence of Texas truly shows through in the songs and music of her native sons and daughters.

The premier spot in Dallas to see, meet and hear this music is Poor David’s Pub on South Lamar.

David Card opened Poor David’s in 1977 on McKinney.  The opening night band was The Bees Knees.  42 years ago.  That’s a long time in the bar world.

Since that opening night, there has been a long, long list of notable acts on the stage at PD’sP.  Just a few of the names, Brave Combo, Jerry Jeff Walker, Lyle Lovett and The Dixie Chicks.   Eric Clapton dropped by one night to catch his friend, Paul Butterfield, but had to leave due to the commotion his presence was causing.

Tonight we had Walton Munroe.  This act showcases two of Texas’ finest songwriters, Andrew Thomas Walton and Clifton Hodges Munroe.  These two gentlemen met a few years ago, combined forces with their music and the result is one foot stomping night that always ends too soon.  The guitar work has you shaking your head going “Wow!”   WM rotate their songs so the listeners get a full serving of both artists.  It is Texas Country Rock at its finest.

You can find out more about each of these guys at their websites andrewthomaswalton.com and here CHmunroe.com.

The drum beats are lined out by Keith Brown who provides such a contrasting picture with his full Silverwhite beard sitting behind the ultra-modern black electronic drum kit.  The drum beat is rock steady and phenomenal.  You can occasionally hear hysterical comments from Keith throughout the night revealing a standup comedian in there somewhere.

Don Hankinson lays down the foundation bass line for the band.   Like gravity, it is there, it is solid and it doesn’t miss.  Don has been playing alongside Munroe for many years.

It was a helluva night and we recommend it.  Highly.

Walton Munroe?  They will have you humming all the way home.  Poor David’s Pub?  You will catch the finest in the Texas music scene.

2 thoughts on “A Git Down Place – Poor David’s Pub”