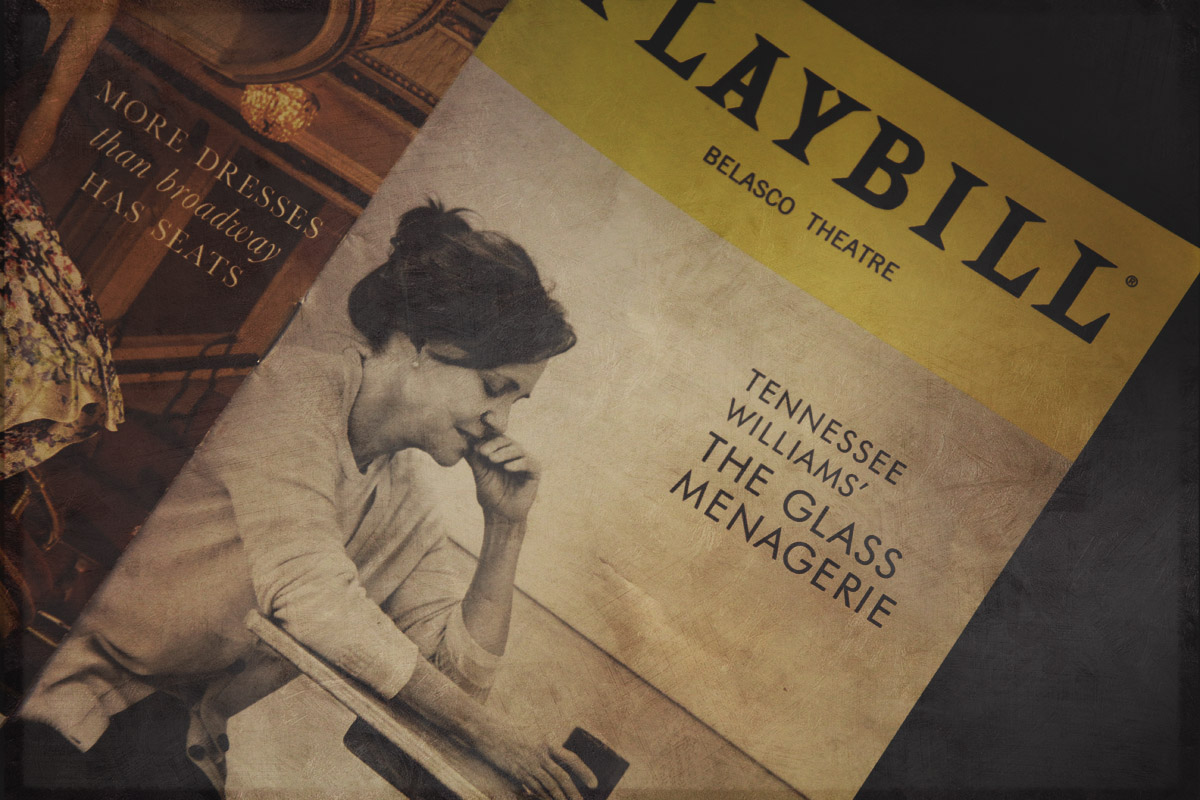 I first met Tennessee Williams when I was in the 9th grade.  It was in Sister Rosalee’s Freshman English class at Bishop McGuiness High School.  We were reading, studying and discussing his award winning play, The Glass Menagerie.

I thought it was an odd piece of literature.  It was about a dysfunctional family.  Each member of the family had their own particular issues that was interfering in their personal lives.

Shy and insecure, I identified with Laura, the basis character in the play.  She was physically disabled and isolated herself so severely that the world she lived in was among the animals and creatures in her glass menagerie collection.  Her favorite was a glass unicorn.

It was about this same time I first was introduced to Sally Field.  She was the effervescent, vivid and giggly Gidget, a silver screen star in my youth.  Gidget appealed to me because she was fun and outgoing.  Gidget would not have identified with Laura.  Here was one character I identified with (Laura) and another (Gidget) I wished to be.

This week, both of these came together when we saw the Glass Menagerie on Broadway.  The play was stark.  It was single set, meaning no set changes through the show.  On the stage was only a table and 4 chairs.  Off to the edge of the stage was a gramophone.  This is where Laura would go to slip away into her menagerie world.

There were only 4 actors in the play.  Sally Field was Amanda, Laura’s domineering and controlling mother.  Upset that her husband had left her years earlier because he could no longer take her constant haranguing.  Tom is the devoted brother, who is trapped in his station in life and growing more and more intolerant of his situation.  He is contemplating following his father’s suit.  Tom is also the narrator of the play.  The fourth player was Jim.  Tom and Amanda schemed to set up Jim and Laura hoping to make a match.  Any more information could spoil the play for anyone wishing to see it.

Notable is the casting of Madison Ferris as Laura.  Madison has muscular dystrophy and is the first actress in a wheelchair to play a leading role on Broadway.

The play’s success hinges on the relationships and the interaction of the characters.  There are no glamorous sets, no fancy costumes, no chorus lines, no orchestra in the pit.  But it was engaging and memorable.  Unfortunately, I am one of the few feeling that way.  The production is closing after only a 2 month run.  The theater was near empty.

I’m thinking that Gidget may be feeling a bit like Laura.