In the afternoon March 13, 2013, I was returning from a trip to Atlanta.  Landing in Dallas I heard rumor that “White smoke” had appeared in the Vatican, indicating that the Cardinals had elected a new pope.  Unable to find news on the secular radio, I searched Sirius for a channel that might have the news.  I found The Catholic Channel.  We immediately became friends.

I quickly became a regular listener to the show that presented during my evening drive home, Busted Halo.  Hosted by Father Dave Dwyer and his producer Brett Siddell, the show was a combination of good humor, audience interaction, and a message of faith.

Imagine my excitement when I received an invitation last week to join this funny team live, in Studio One.

The show is usually performed without a live audience but tonight was special.  Their on-show guest, Marie Miller performed from her latest album, Letterbox. 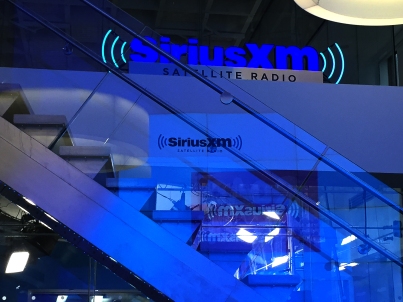 We entered the studio at the corner of 49th street and Avenue of the Americas, home of Sirius XM.  The sound studio was a small room in a large glass box, equipped with appropriate microphones, sound equipment and chairs for a small audience of about 20.

Brett Siddell, producer, funny guy and set up for the Host Father Dave greeted arriving guests.  Brett suggested that everyone submit questions on printed cards to use during a segment of the show.  I submitted 3, one for Father Dave, one for Brett and one for Marie. 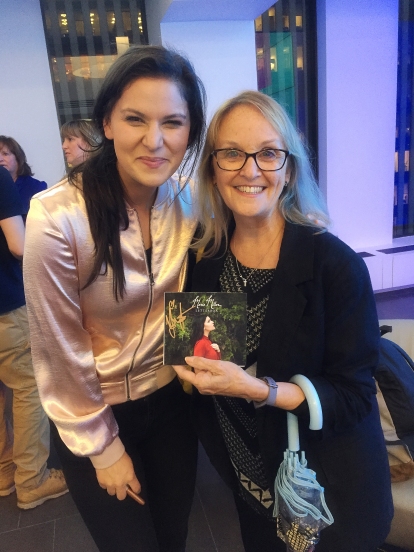 Marie was there with her Taylor guitar and a beautiful mandolin.  She also plays piano but that was not for today.  She opened the program with her hit 6’2’’ is my favorite height and followed with two more selections during the set.

When the time came for questions of faith, all three of my questions made the finals.  I was asked to read two on the air, and as a result, received a signed CD from Marie.  It was a fun (and funny) evening.

Check out Marie and her latest album Letterbox.  Also, if you have Sirius Radio, check out channel 129 weekdays 7-10PM Eastern.  They have a good time sharing faith through daily living, or you can catch clips on you-tube and download their podcasts.

One thought on “Siriusly, Live”