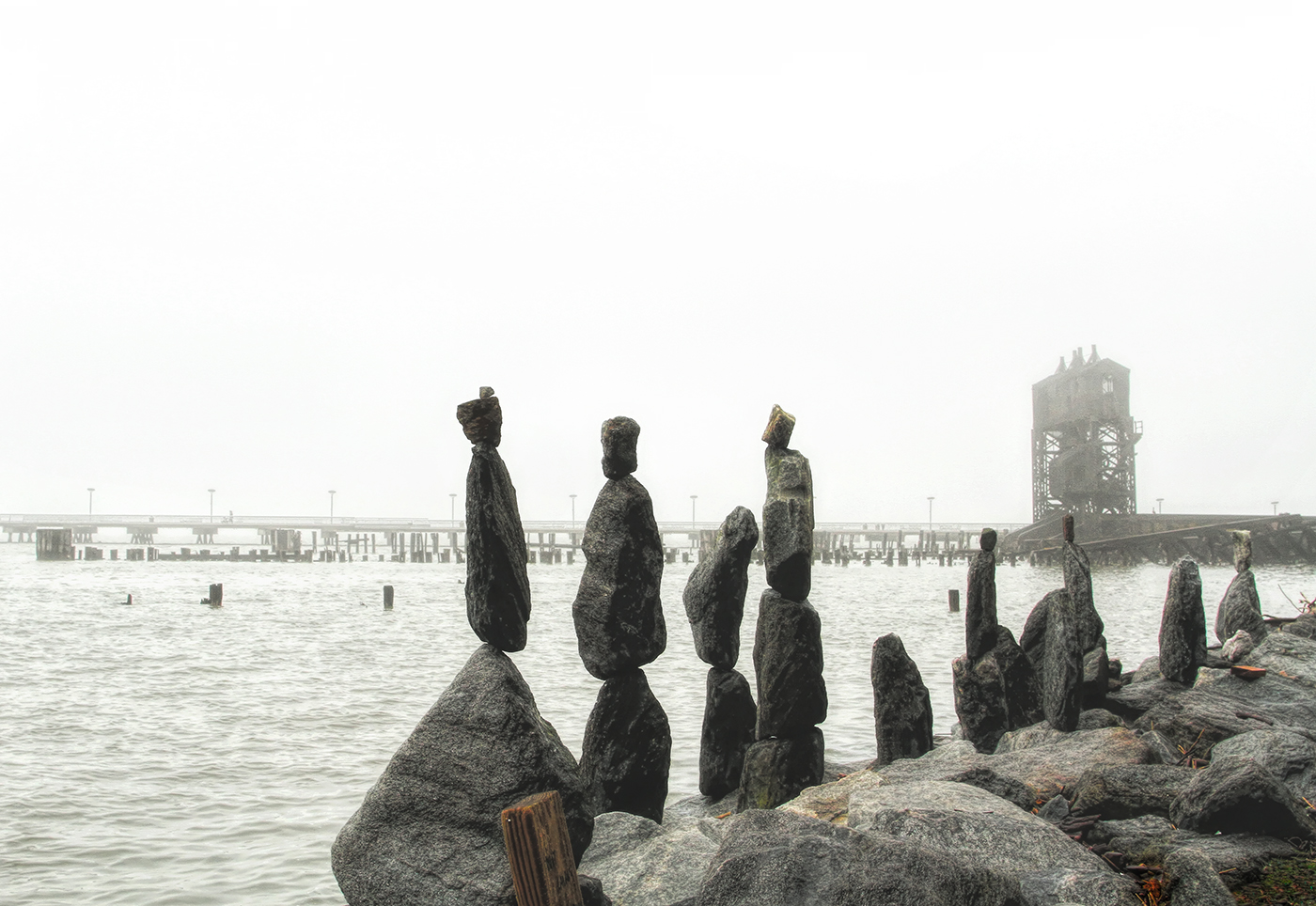 You couldn’t see the tugboats and barges just beyond the end of the piers, much less the coast of New Jersey across the Hudson. 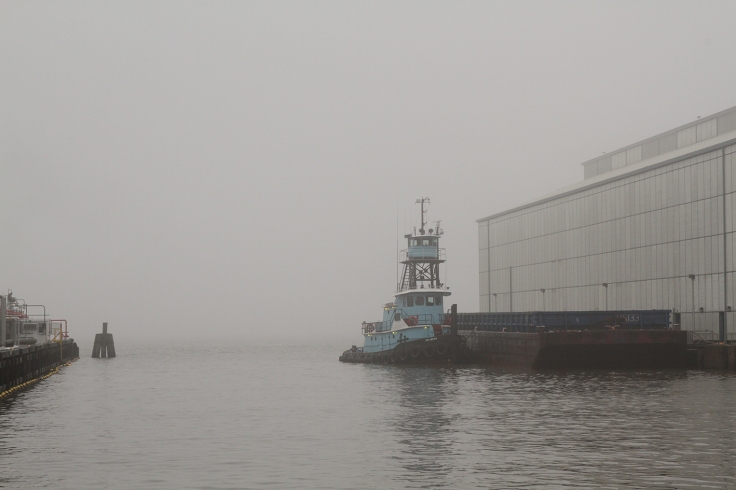 JAM wanted to take pictures in the fog, so we bundled up, grabbed the cameras and headed out to the Hudson River Park.  It was damp and it was cold.  But that didn’t deter us,  JAM had a mission.

The park is a linear park running along the banks of the Hudson.  Wide walking paths wander through the landscaped coast line.  A constant flow of cyclists quietly cruise down the bike paths.  Joggers trot by with their headphones keeping them in their running trance. 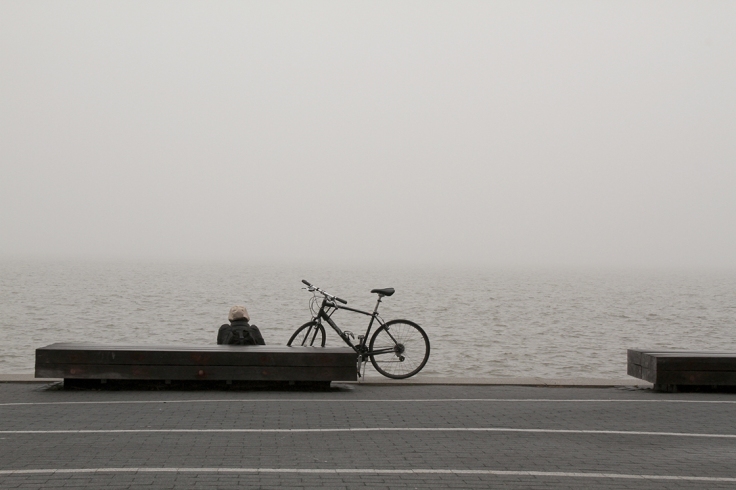 Gulls sit atop the remnants of piers long ago dismantled, geese and ducks float along the shoreline.

The fog was clinging close to the coast.    The piers disappeared into the fog.  Out on the Hudson, barges and tugs had a ghostly glow as they slowly passed down the river.

The photo run came to an end.  We returned to Pier 94 on our way home.

JAM had her pictures.  We stopped at La Bergamote’ across the street from mi casa and I got a late breakfast. 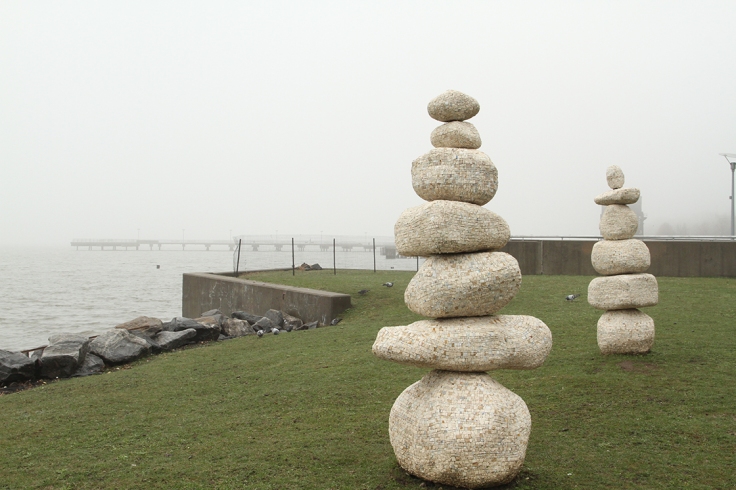