We love Central Park.  It’s one our favorite places to go to just enjoy the day.

Doesn’t matter what the weather is.  In the winter under a blanket of snow, we lay down in the Sheep Meadow and make snow angels.  In the spring, we walk through the Ramble catching the flora come to a new life of blooms.  Summertime brings the shaded walking paths to protect from the heat and muffle the sounds of the city to the east and west.  And in the autumn, there are spectacular colors that only Mother Nature can provide.

A favorite is the Literary Walk.  Lined with rows of American Elms arching out over the sidewalks, this shady pathway is home to one of the largest and last remaining stands of American Elm trees in North America.   Wrought iron fencing protects the flowers and the trees.

Of course William Shakespeare is at the head of the mall.  He is standing there, hand on hip, holding court over his company of writers.  In his shadow are two young musicians, a drummer and a saxophonist, laying out toe-tapping tunes for the people wandering through the mall. 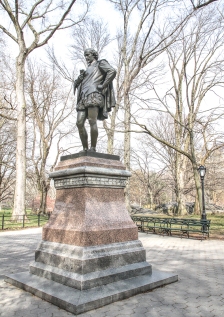 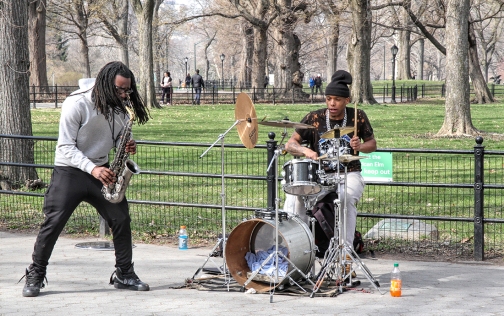 A few steps up the walkway is Fitz-Greene Halleck. Halleck was a widely read and popular satirical poet in the early 1800’s in New York City. Today he is scarcely remembered.

Nearby is the statue of Scottish poet Robert Burns.  Burns is a very well-known and respected author from the early 19th century. He is probably best known as the author of the lyrics to a song we all sing one time a year, “Auld Lang Syne”.

There is one who didn’t write anything of significance but is here nonetheless.  I think he may be hiding out here.  It’s Christopher Columbus.  Don’t know how or why he ended up in the Literary Walk, but he’s here.

In the park benches lining the walkway, people, couples, and families stop to sit, take in the beauty of the park and just relax before continuing through the park.

At the end of the walkway, a young lady is belting out dance tunes from the stage of the band shell.  Just another regular day in Central Park.

Did we tell you we love Central Park? 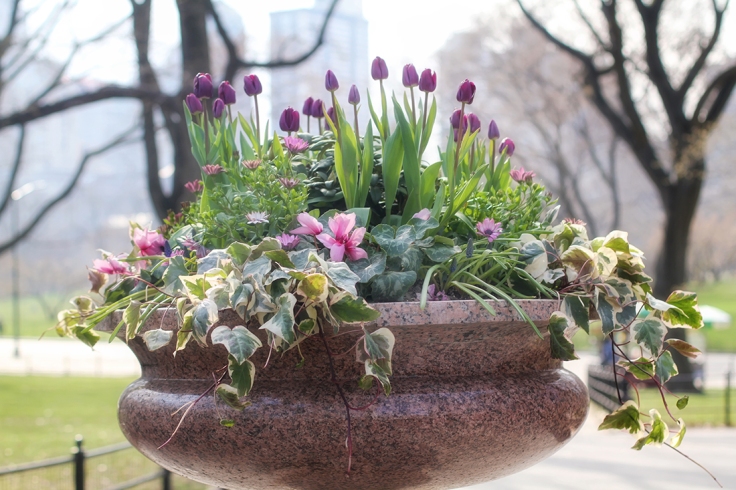 2 thoughts on “A Crown Jewel”