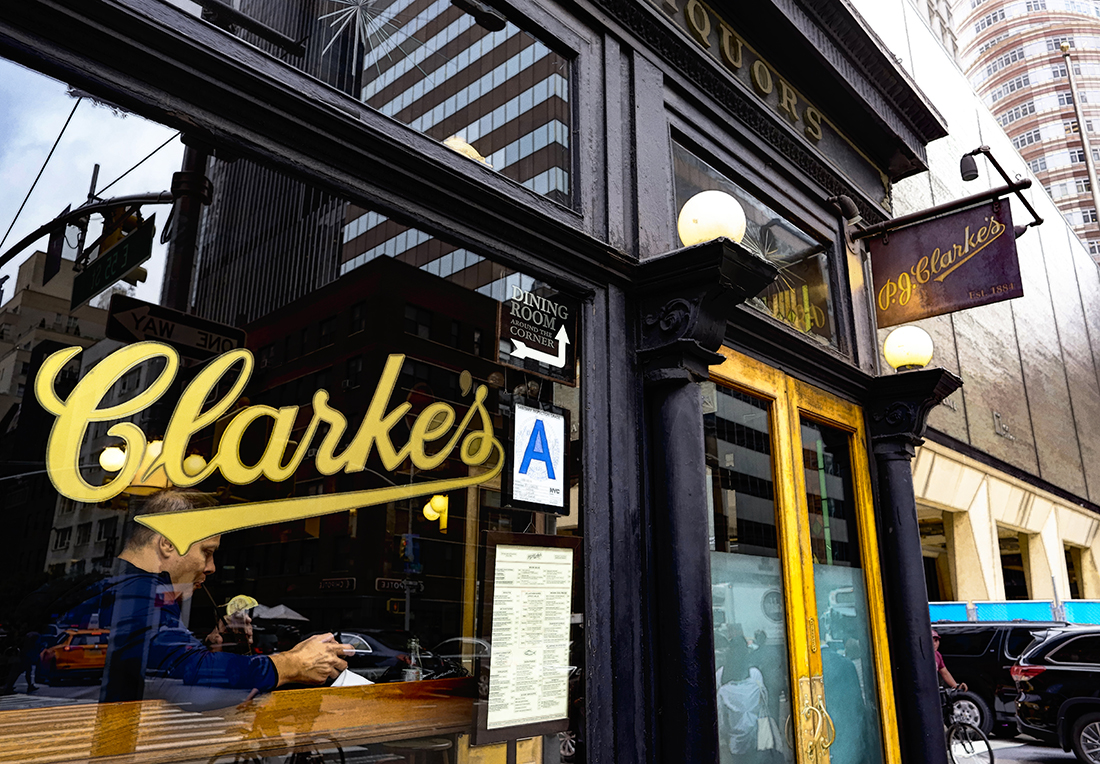 Today we are crawling to PJ Clarke’s.

Gazing inside the wide doorway, open to the sidewalk, it is clear this is not a typical Manhattan bar.  Memories have been made here, an experience that is timeless.  Only the dress of the guests sitting along the mirrored bar give hint to the year.  Otherwise, this could be the turn of the century, 1900’s.  It could be post WWII.  Step past the threshold and imagine another time in history. 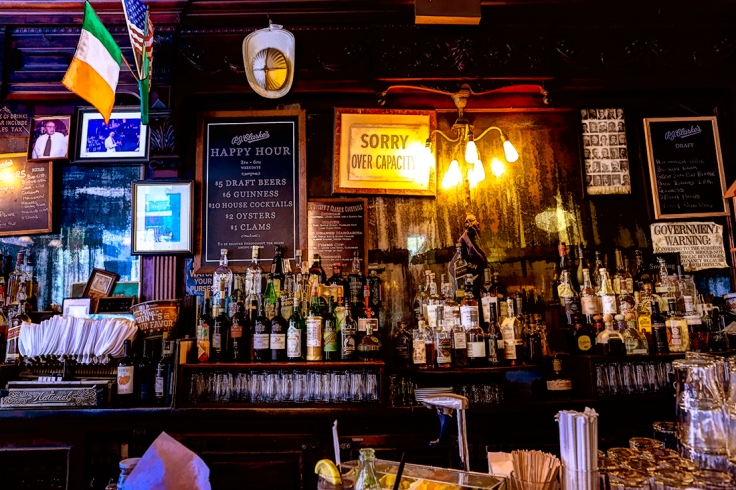 In 1884, a five floor walkup  apartment building at 55th and 3rd in Midtown Manhattan, was converted into a saloon by a man named Jennings and the taps started flowing, serving the Irish immigrant laborers in the neighborhood.  Those taps are still flowing today.

The neighborhood doesn’t look like it did then, but P.J. Clarke’s tavern does. 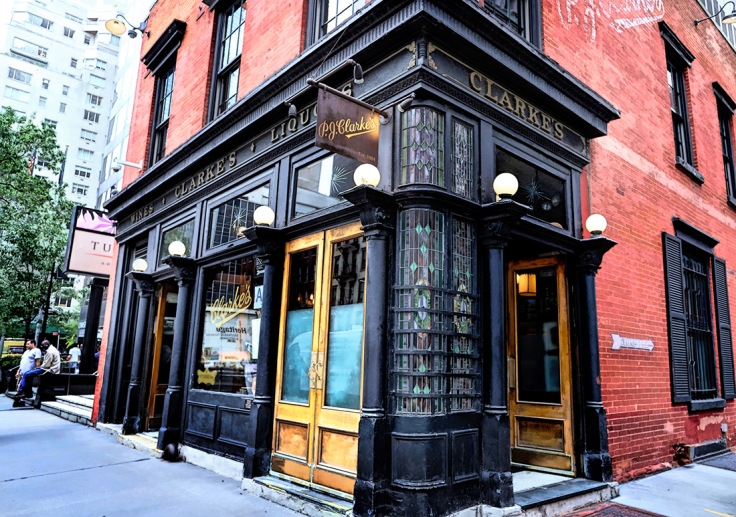 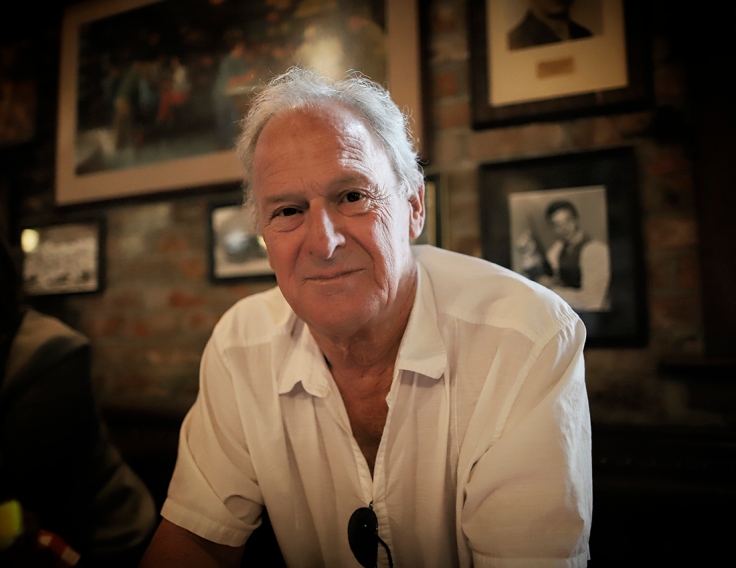 The walls are covered in photos and posters from all the years before.  Pictures of notable New York City events are chronicled hanging next to autographed photos of a who’s who of the entertainment world. 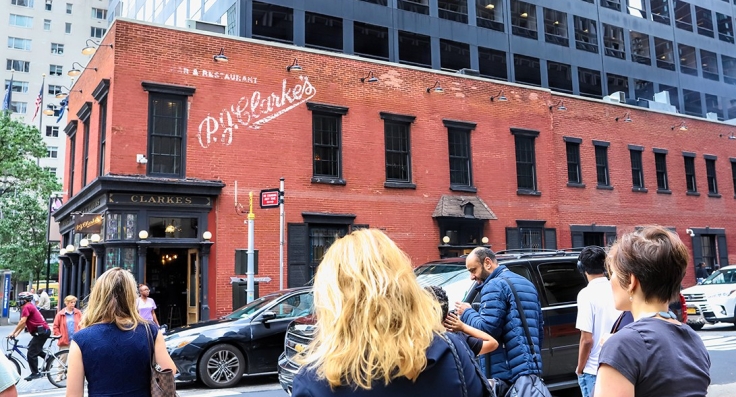 In the early 1900s, Paddy Clarke began tending bar and in 1912, he bought the place and christened it P.J. Clarke’s.  He had a prosperous enterprise until….

When prohibition hit and business stopped, Paddy stayed open by becoming a speakeasy and serving his customers bootleg bathtub gin and scotch smuggled in from Canada. He survived the Prohibition years. 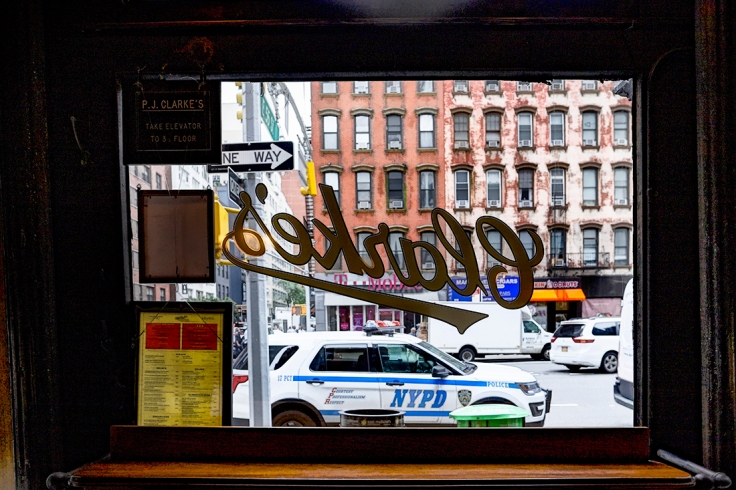 The tavern became a hangout for the rich and famous during the post war years.  Johnny Mercer, a well-known crooner in the 1940’s, wrote “One for My Baby”, on a bar napkin.  A popular hit song of the 40’s, it was covered by Frank Sinatra.

Mr. Sinatra was a frequent patron, often holding court in the tavern until closing time.  His regular place was table #20, directly under the large clock at the end of the mahogany bar. 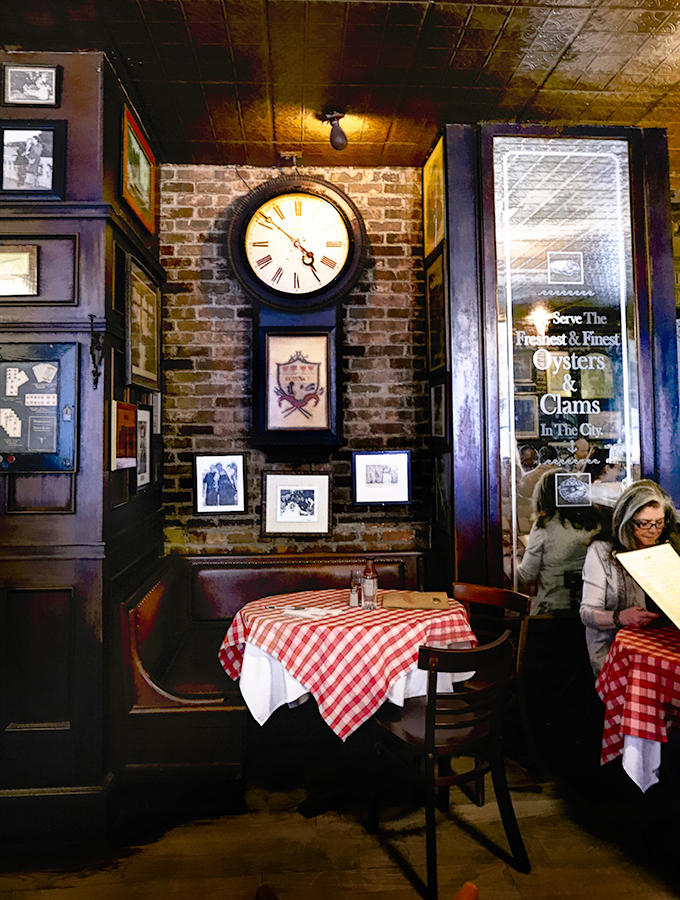 Nat King Cole loved the food served, particularly the cheeseburgers.  He dubbed the bacon cheeseburger as the Cadillac of Burgers.  It is still listed that way on the menu. 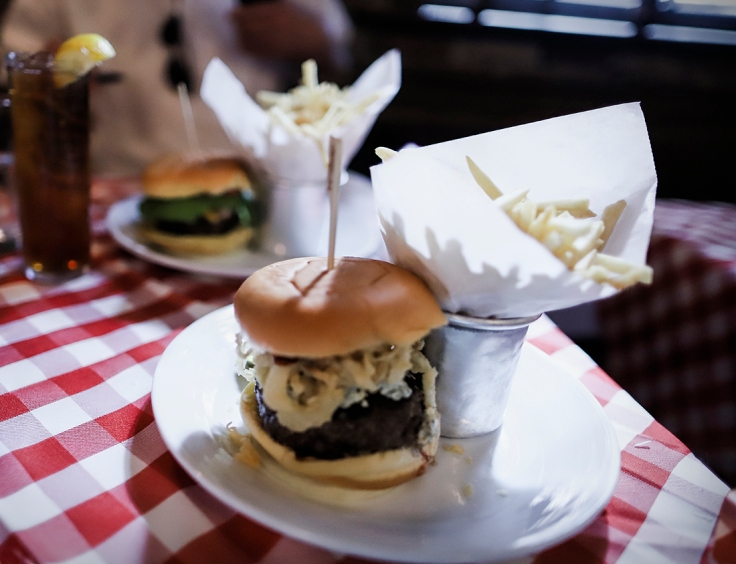 Buddy Holly proposed to his wife here on his way to becoming a rock and roll legend.  He had only known her for 5 hours before popping the question.

The day Ted Kennedy lost the Democratic nomination to Jimmy Carter, he had his lunch here.  Jackie Kennedy would bring John John and little Caroline in for dinner frequently.

A not-so-little Caroline was kicked out in 1975 by the night manager for drinking.  She was only 17 years old. 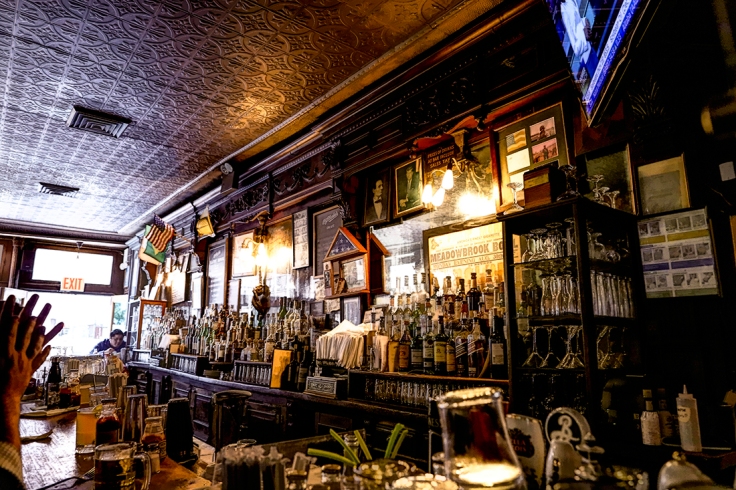 Paddy died in 1948.  The Lavezzo family became the new owners.  The Lavezzo’s refused to sell out to the predatory developers and the “Vatican of Saloons” still stands today amid the tall glass and steel buildings surrounding her. 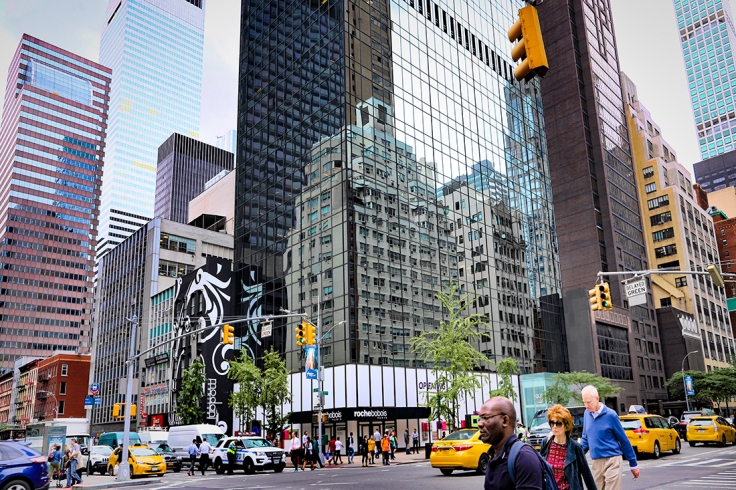 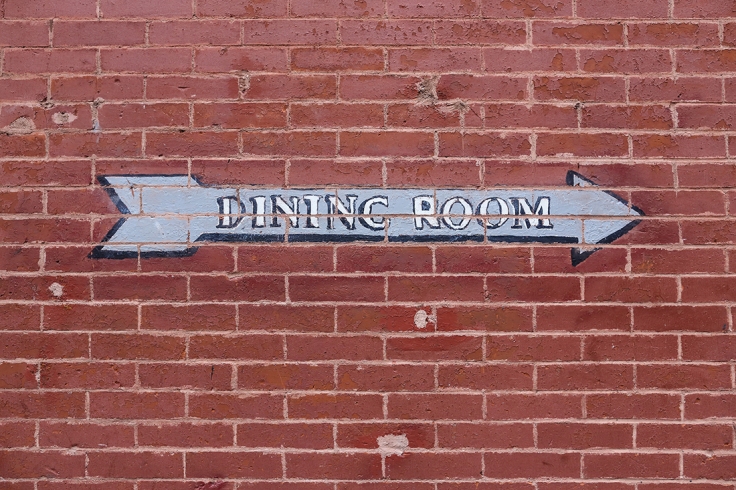 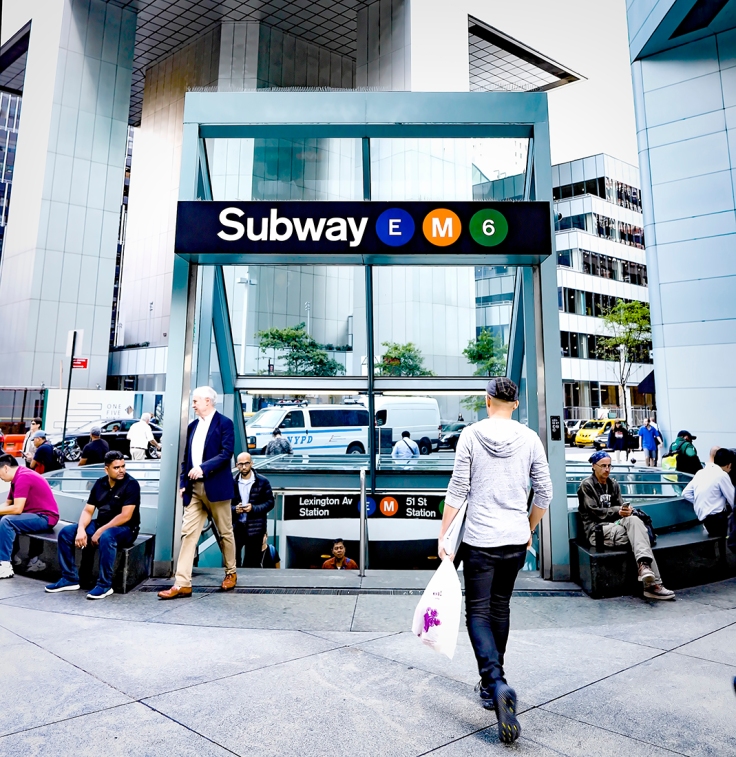