Hong Kong Dragon Boat Festival.  When I first read about it, my imagination started running wild.  I pictured long boats covered with a giant dragon costumes with huge dragon heads blowing smoke and fire out of some hideous face.  I saw a long waving spiked tail splashing in the water.  That’s what I saw.

The Dragon Festival is one of the largest cultural festivals in the New York City area each year. It is a traditional Chinese holiday that has been celebrated for over 2000 years!  The NYC festival is held at Corona Park in Flushing Meadows near the Arthur Ashe Tennis Complex in Queens.  It’s about an hour subway and bus ride out to the site from midtown Manhattan. 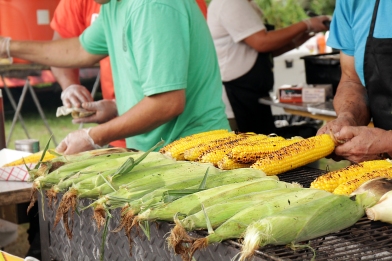 Corona Park’s lake was lined with concession tents and food trucks on the North shore, offering all sorts of food fare from around the world.  A large stage suitable for a rock concert event set facing the lake.  A young Asian pop band was playing to a large, young crowd.  Along the South shore, corporate sponsor tents provided families with dragon themed advertising giveaways.

The children were happy, the parents and grandparents were happy, elaborate dragon kites dotted the sky.  Balloons, lost by some children, floated away.  There was definitely festival in the air. 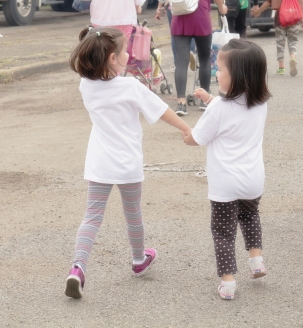 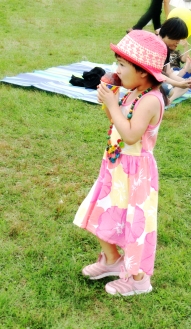 We made our way to the boat staging area.  We passed by the team tents.  Team members were in cots or on mats, resting, waiting for their call.  Each tent flew colorful banners identifying the team and the sponsor.  The corporations sponsoring the festival read like a list of the New York Stock Exchange.

We, particularly me, couldn’t wait to see the elaborate Dragon Boats!  Boy, did I set myself up!

There were no elaborate dragon heads blowing fire and smoke out of a sinister looking snout.  There were no spiked tails slashing and splashing its way through the water.  And no scaly muscular body connecting the two.

Instead the boats were those that you would see at Yale, or Harvard or some fancy school in a rowing match or game or whatever they call the contests of boat races.  Just a sliver of a boat, cutting through the water at a high rate of speed from the synchronized movements of the rowing team and captain.

Although I may have expected too much in a boat costume, the festival rose above that.  The boats, the teams, the food tents, the music, the crowds, the whole scene.  Spectacular!

It is quite an event, covering two days until the Dragon Boat Champion is crowned.  Another of the incredible festivals that happen in the City all through the summer.  You should come see one!

One thought on “Dragon Boat Races”