We have been on a history kick.  Growing up in Oklahoma, I remember studying about the 5 Civilized Tribes, the grapes of wrath, and the Alamo.

I did pay attention to the U.S. history, but it seemed like something that happened far away and long ago, like the history of Greeks and Romans. Mostly I recall events, but not places. The states of the Northeast seemed small and tightly clustered, more like counties than states. I did not perceive distinct differences between them. The 13 colonies seemed individually indistinguishable. In fact, I didn’t even realize that New York is not part of New England.

Living in New York, history is difficult to ignore.  Looking out my window I see the Hudson River, where an Englishman working with the Dutch was pursuing a shorter trade route to China when he accidentally came upon the river now called Hudson. His name was Henry Hudson, and the Dutch liked the natural harbor and decided to stay even if they didn’t find the route to China.  They called it New Amsterdam. This was about a century after Christopher Columbus made his first trip to America. Clearly, they did not yet understand this vast continent.

Walking down Wall Street I see the tall buildings and the solid stature of the Federal Reserve. I immediately think of the financial strength of our country and the mark it has made in the world.

I didn’t realize the name came from an actual wall.   It was a 12 ft. wall built by the Dutch in the 1600’s to protect their new colony from pirates, Native American tribes and the British.  Because the wall ran east to west connecting the Hudson and East Rivers, it became a heavily traveled road.

Wall street is near the southern tip of Manhattan and is where the Ships would arrive trading shipments from Europe and Africa for beaver skins and timber.  Traders would gather under a tree and to buy and sell.  As the process grew they made an agreement to provide structure and reduce misrepresentations. The New York Stock Exchange on Wall Street was born.

Broadway, the famous home of musicals and bright lights of Times Square was once a footpath, then a livestock trail, and later the primary route between north and south Manhattan. 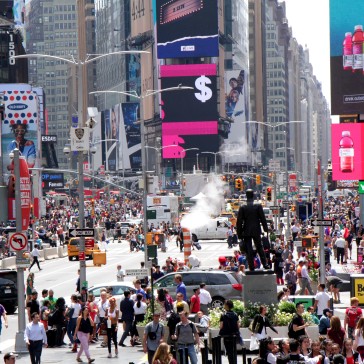 This was once a foot trail

Greenwich Village known as bohemian art center, birthplace of the LBGT movement, and center for 60’s free thought had a previous life.

It was once a tobacco field, an orchard, farmland to the most prominent Dutch leader (Peter Stuyevant), and pasture land for early freed African settlers.  The social center of Greenwich Village, Washington Square, was once a swamp, a potter’s field (late 1700s), and neighbor to New Yorks first penitentiary (Christopher st. and Weehawken).

The famous Canal Street that runs through Little Italy and China town is named for a canal 40 feet wide and 8 feet deep that was constructed in the 1800’s to move sewage from the center of the city. It was eventually filled in and became Canal Street. 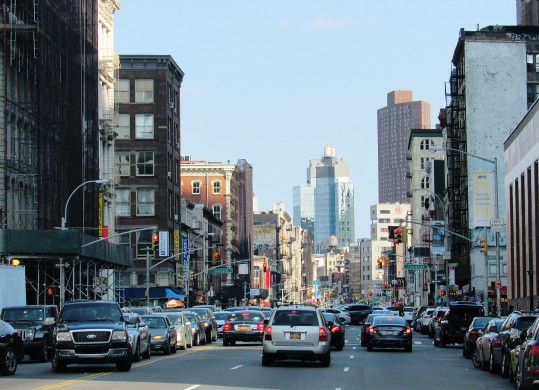 This week we visited the New-York Historical Society and Library, Cathedral of St. John the Divine and Black Gotham walking tour.

It was one of our better weeks.

3 thoughts on “Then and Now”