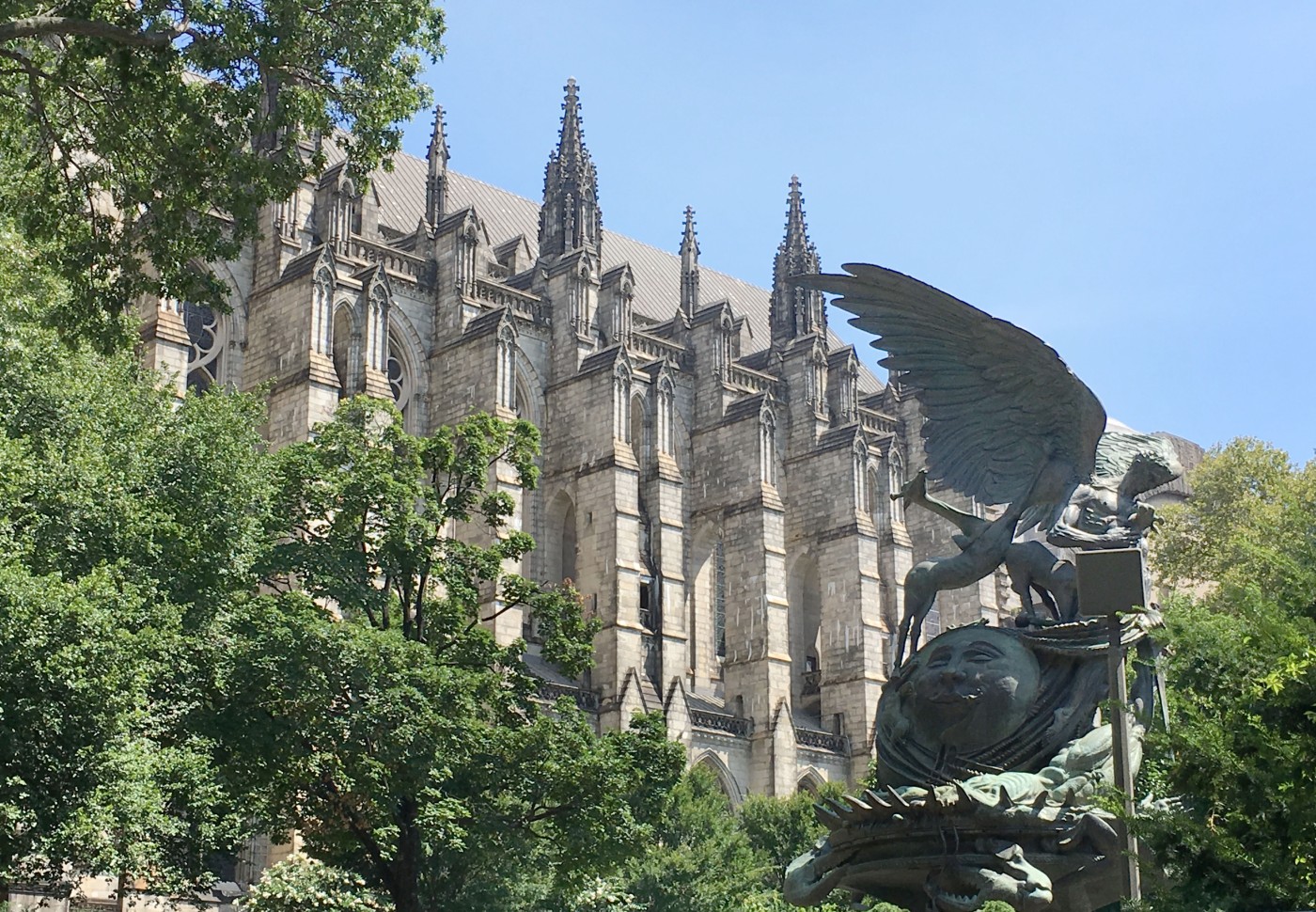 Since we arrived, we have marveled at the churches, from the old Trinity Church in lower Manhattan to Saint Patrick’s Cathedral in Midtown.  In conversations, native New Yorkers kept asking, “Have you been to the St John Cathedral?”

Just North of Central Park on the West side sits the largest, church building we have ever seen.  It was built by the Episcopal Church for the worship of all peoples coming to New York.  The Church wanted a house of worship that would surpass the Catholic cathedral at St Patrick’s and one that would rival those of Medieval Europe.  This was planned to be the largest cathedral ever built, and it was designed in a Romanesque-Gothic style.

The building and the campus are enormous.

We were greeted by the Great Bronze front doors.  18 feet tall, six feet wide and weighing 3 tons, the double doors are only opened a couple of times each year.  These were cast by the same person who cast the Statue of Liberty.

Above the doors is the Great Rose Window, a 40-foot diameter stained glass window with a life size image of Jesus in the center.  There are more than 10,000 pieces of glass in the window.

15th century German choir stalls are on loan from the Metropolitan Museum of Art.

Hanging in the crossing are the Barberini Tapestries.  These depict four scenes from the life of Jesus.  The tapestries were created in the 17th century on the Papal looms in Rome. 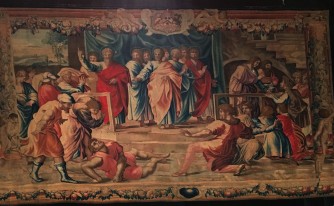 And if the Cathedral isn’t stunning enough, we are led to the area behind the altar.  There are the Chapels of Tongues.  8 massive marble columns reaching 40 feet tall provide entry to the Chapels.

The 7 chapels represent the immigrant groups that settled in America in the late 19th and early 20th centuries.  Each chapel is as ornate as most free-standing churches throughout the city.

When we enter these churches and cathedrals, we always ask ourselves. “What would it cost to build this today?”  This cathedral is a living example of an answer to that question.  The church was started in 1898 and is still in progress of being completed.  During its construction, there have been many setbacks, finances being one of them.

Finished or not, you are taken aback by the beauty and solemnity of the church and the surrounding gardens.  And as people said to us, “You ought to see this!” 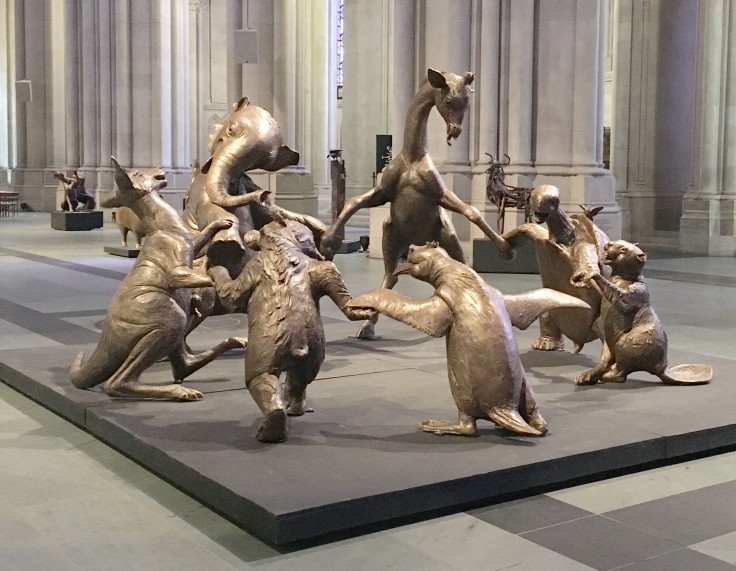 3 thoughts on “St. John the Unfinished”