9.11. Numbers, a phrase, a date that means so many things to so many people.  Here in New York City, this date has approached holiday status as a national day of mourning.

The flags are flown at half-staff.  Commemorative ceremonies begin early in the morning.  Names are read.  Families read remembrance eulogies.  The NYFD are wearing their dress blues and the firehouses have their doors open with memorials to their fallen comrades.  The NYPD are in full force doing what they do best, protecting the city. Today, they are wearing pride in their work. 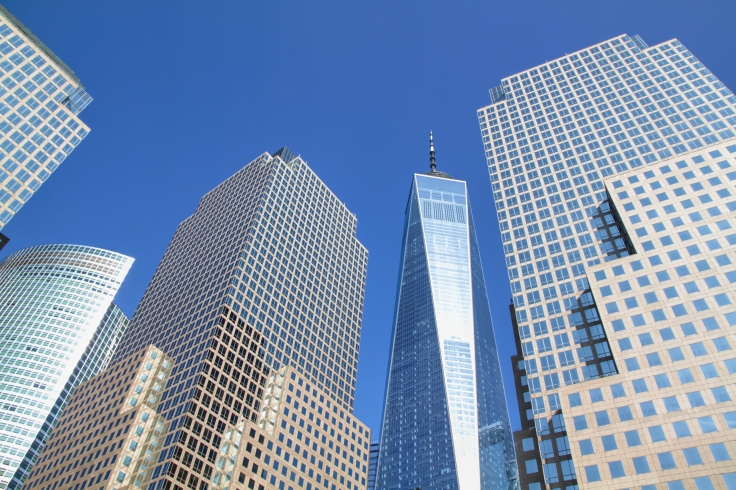 We joined Keith Michael in his New York City WILD walking tour.  Keith is an urban naturalist and photographer who offers several walking tours throughout New York City covering a wide variety of touring subjects.  This was the 911 walk.  Other tour members in our group were Laurie, from Santa Ana California, Leo, also from California.  Margaret from London, and, of course, two Okies from Texas.  Everyone had strange accents! Our tour began on the Staten Island ferry.  The ferry took us to St. George on Staten Island where we visited the Postcards memorial.  A memorial in tribute to residents and 1st responders of Staten Island lost in the attack. This was the first of several memorials we visited this day.  The swelling feelings of patriotic nationalism started early and kept building throughout the day.

Our tour returned us to the southern tip of Manhattan,  in the esplanade in Battery Park and the Hudson River.  This area was buried with concrete and steel in the collapse of the towers, virtually destroyed. The rebuild of the area is a testament to the character of the New Yorker.

There is an unassuming bronze sculpture of a businessman sitting in Zuccotti Park at Liberty and Trinity.  In the shadows of the towers, the bronze was found unharmed but buried in office debris from the collapse of the towers.  A survivor.

The Sphere for Plaza Fountain has been returned.  This sculpture represents world peace through world trade.  It stood in the plaza area between the two towers.  It was badly damaged in the collapse.  It has been returned to Liberty Park overlooking its former position.  Dented, scraped and torn, it is also a survivor and is a hero sculpture to New Yorkers.

After paying our respect at the reflection pools, we returned to the ferry to take us to Liberty State Park in Jersey City, across the Hudson from Manhattan.

At the Empty Sky memorial, the tunneled view of the skyline makes for a great city portrait.  As the evening progresses, the Tribute in Light fades into view.  Two huge beams of blue light shoot into the sky above the city.  These two beams represent two towers.

How this city pays homage and respect to the citizens lost on this day is sobering.  You see the respect paid to this date and the people lost, and realize it’s not just a New York thing.  Recalling the overwhelming magnitude of patriotism and nationalism following the attacks you understand it’s an American thing. I wish we could recapture that American feeling.

There’s not much else you can say. 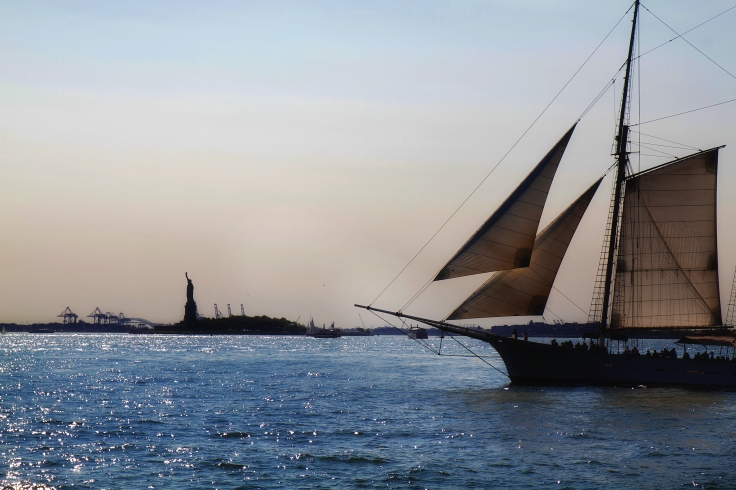