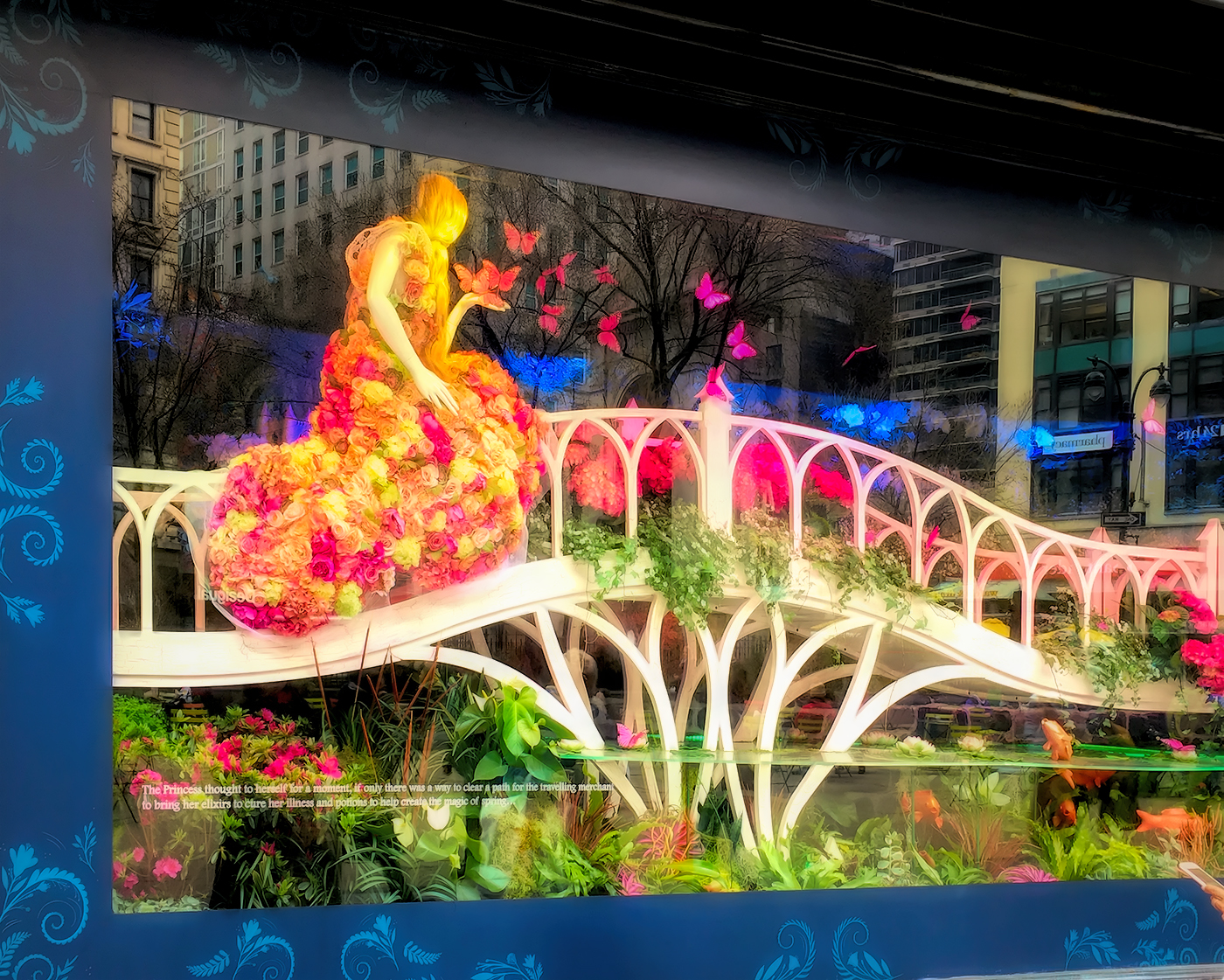 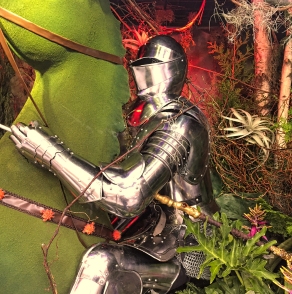 The Snow Queen has locked Dagny, the flower breathing dragon in the dungeon and trapped Princess Spring in her quarters to rule all four seasons.  Sir, Dillon, the knight in shining armor, riding his trusty green steed comes, to the rescue to release Dagny and melt the snow so Spring Princess can rule her season.

So, goes the fairy tale that Macys has created to tell the story of this year’s annual Macys Flower Show, titled Once Upon a Springtime. 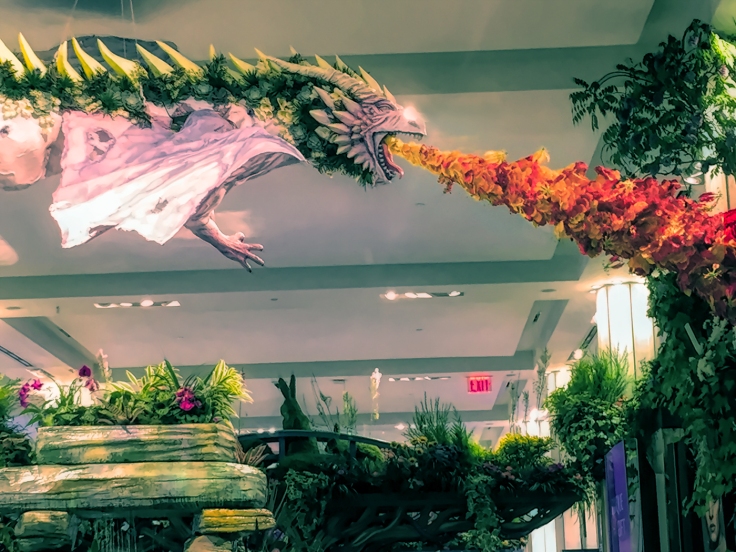 Inside the World’s Largest Department Store, aisles are transformed into mazes of dazzling floral displays intermingling fantasy blooms with lush plants from around the world. 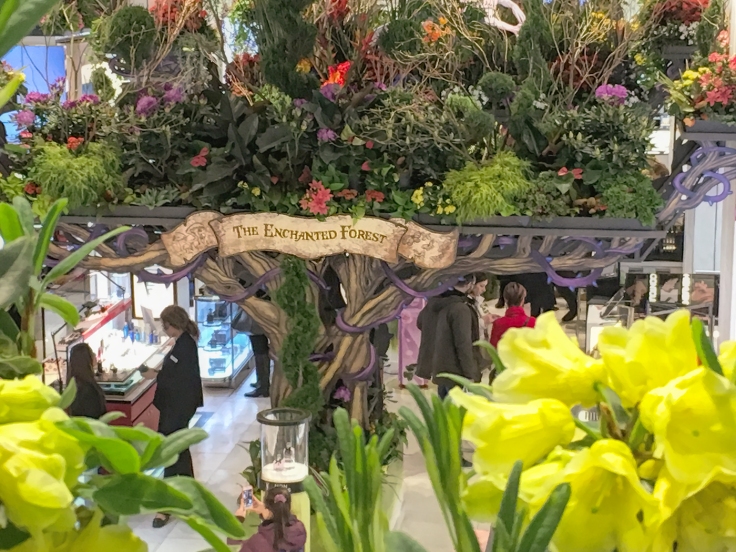 Village scenes reminiscent of gnomes and hobbits entertain shoppers strolling through the store, thoroughly enchanted with the amazing world. 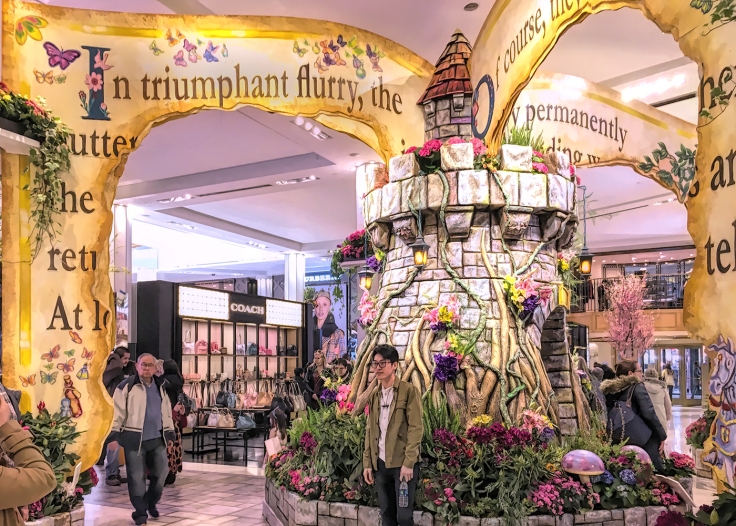 Stopping to pull out their cell phones, shoppers turned photographers capture their children and friends in the Enchanted Forest and take selfies in Winter’s Dungeon. 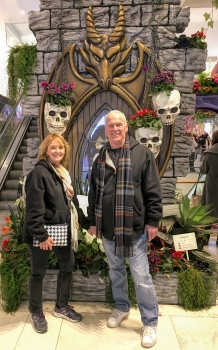 Outside, the story is told in beautiful displays so characteristic of Macy’s legend. 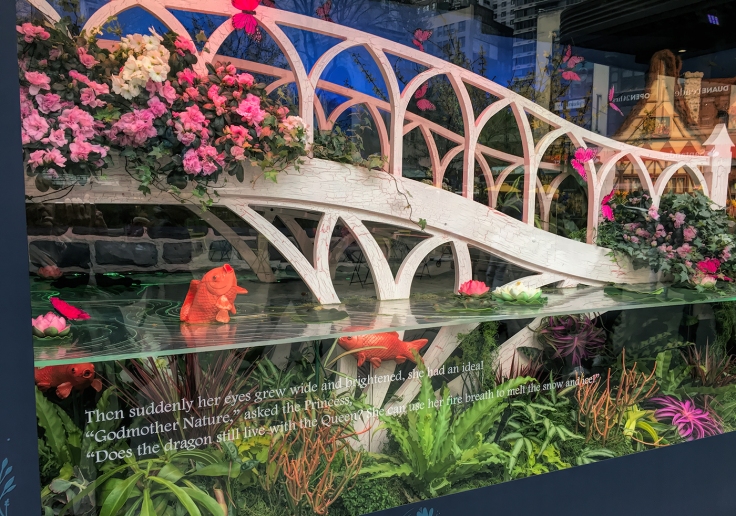 Macy’s 4th of July Fireworks Show is a pyrotechnic anthem for the ages, 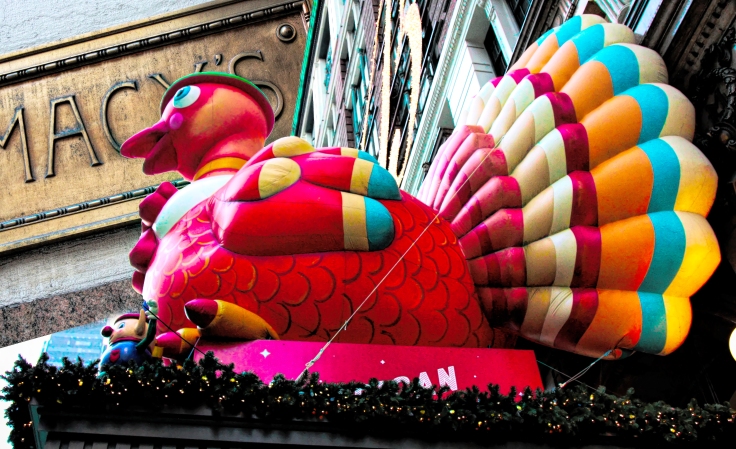 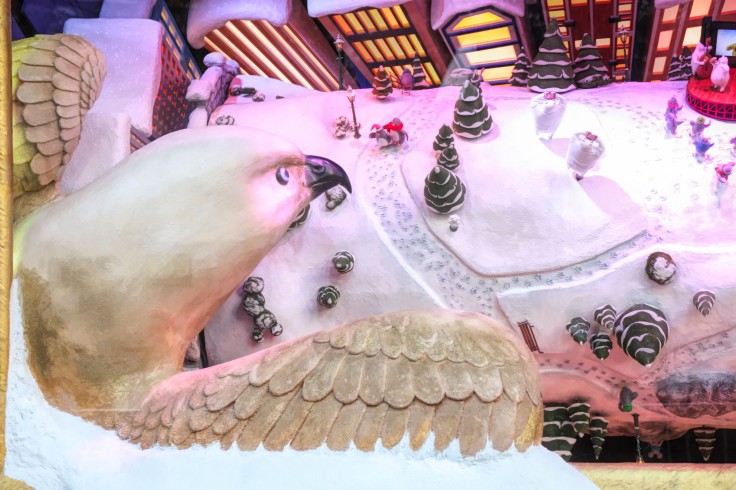 Macy’s Spring Flower Show continues to carry the torch, welcoming the spring to New York City in a presentation that could not have been better. 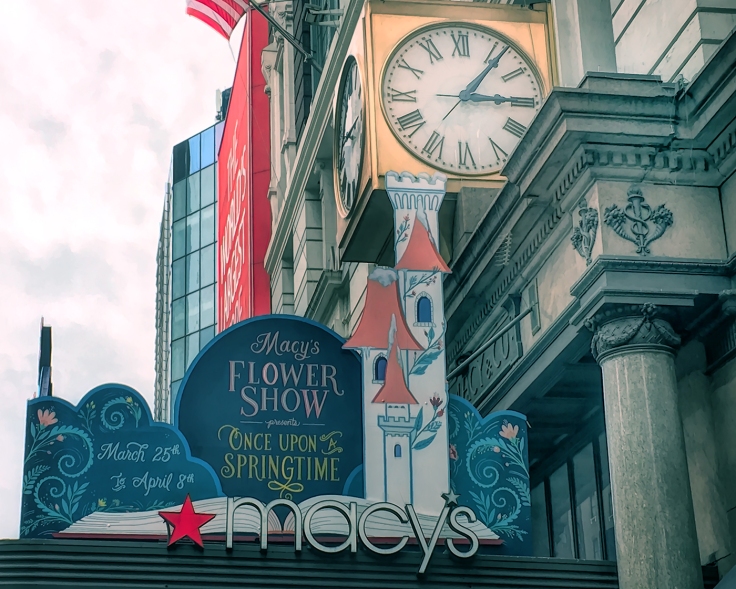