We went to a funeral. Of sorts. For a cookie.  Actually, it was the cookie baker, Glaser’s Bake Shop.

The disputed originator of New York City’s iconic cookie known as the Black and White called it quits this week.  The famed Black and White is  a shortbread cookie heavily iced with dark chocolate on half the cookie and vanilla on the other half.  It comes in 2 sizes, most commonly in a smaller cookie, about 2” across.  It also comes in a larger 5” size.

Seinfeld brought the Black and White to the nation’s attention on several episodes of his TV show.

You may recall, Bette Midler instructed Kramer to bring her a Black and White while she was recovering from a softball injury.  In another episode, Jerry proclaimed that people could learn about racial harmony from the Black and White, just “look to the cookie!” 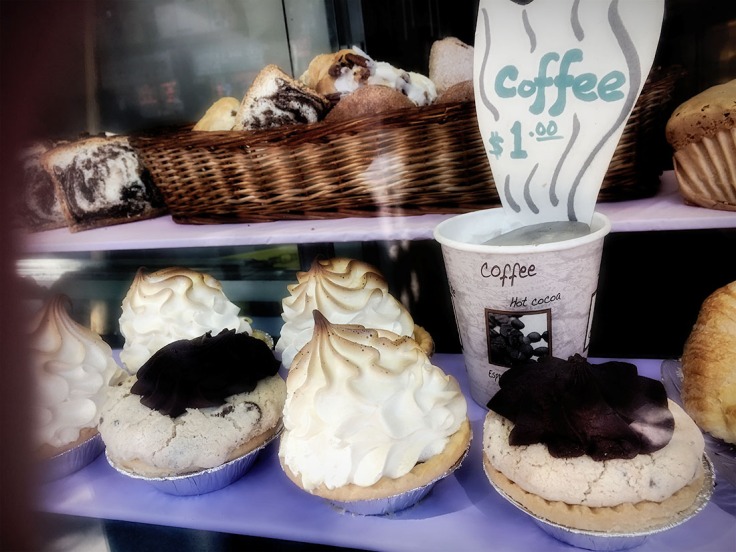 It is sold in almost all of the 12,000 bodegas (convenience/deli store), deli’s, bakery shops and grocery stores throughout the 5 boroughs of New York City.  Like Pizza by the Slice, most New Yorkers have their favorite place to go to for their Black and Whites. 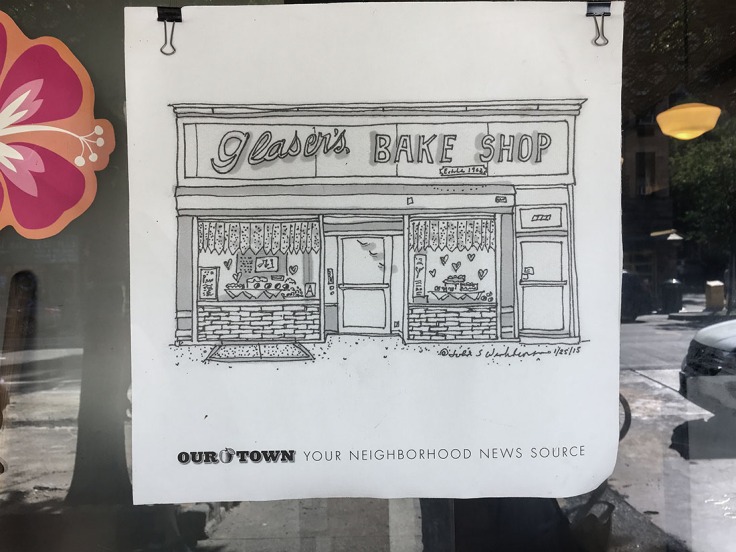 John Glaser, a Bavarian immigrant, arrived here in 1902 and opened his bakery offering cakes, pies and pastries.  He is credited with bringing forth the Black and White.  The business has remained in family hands since and is presently operated by his grandson, Herb Glaser. 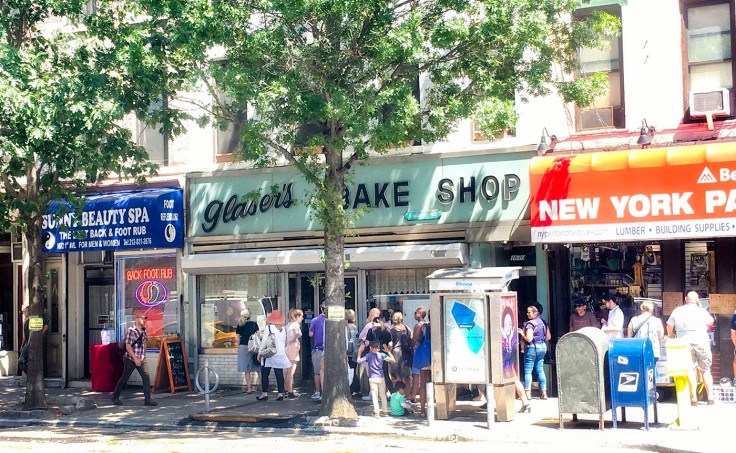 Herb and his brother have decided to retire, so after 116 years and three generations, Glaser’s Bake Shop is closing forever.  Lining the street and around the corner, the people came to pay their respects.

We didn’t arrive in time for a farewell Black and White, but we ended up with raspberry pastries and chocolate brownies, and we were able to say goodbye to an iconic New York institution, Glaser’s Bake Shop. 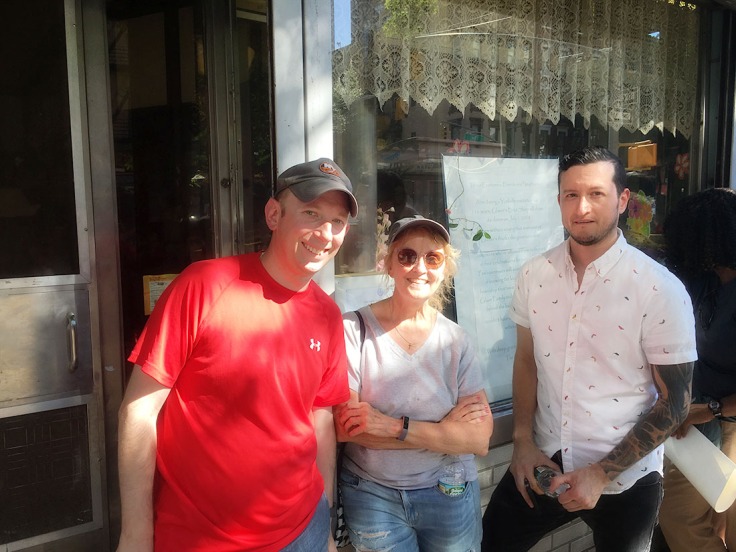