Exploring the history in New York has become a major pastime for us.  There is something about walking through structures 200 years old, hearing the tales of the past, and imagining ourselves living in another century. 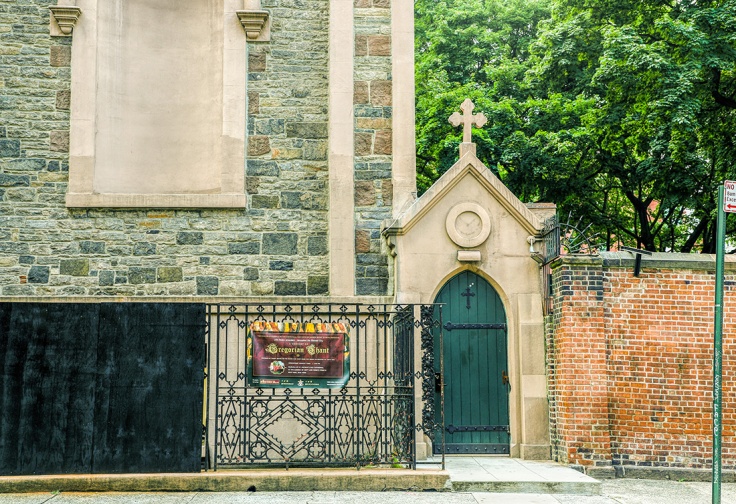 On this day we decided to visit St. Patrick’s Old Cathedral.   We had heard of the catacombs and graveyards and thought a tour might be worthwhile.

As we entered the courtyard at Mott and Prince, we noticed the small windowed gate leading to an ancient graveyard. Some of the headstones are dated in the early 1800s.

We learned that the tall, fortress-like wall, and small window provided protection during the early years.  Early America, under the Dutch did not allow Catholicism and there was a lingering anti-Catholic  sentiment.

The wall protected the faithful, the graveyard, and the church from riots that persisted during the early years.

The basilica, named St. Patricks after the patron saint of Ireland, was built, 1809-1815.  The location, now in the heart of Manhattan, was considered to be countryside, almost to Houston street.  Inside the church, built mostly by Irish immigrants, stained windows and a gilded alter make a statement that this is no ordinary parish.  It was the first Basilica built in America and was built accordingly. 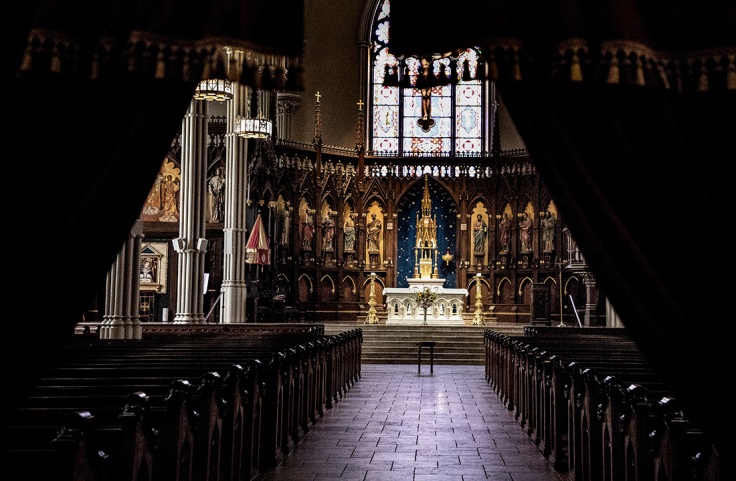 Beneath the church, beneath the basement lie the catacombs.

Centering our focus on respect for the deceased, the tour proceeded by candlelight, lending an eerily surreal mood to the tour.

Names of the deceased are etched into the walls as we walk quietly through the tunnels.

St Patrick’s old cathedral has since been replaced by the larger St. Patrick’s cathedral on 5th avenue.  The old cathedral continues to function as a local parish, rich in history and serving a diverse community.

One thought on “Catacombs, Tombs and Souls”