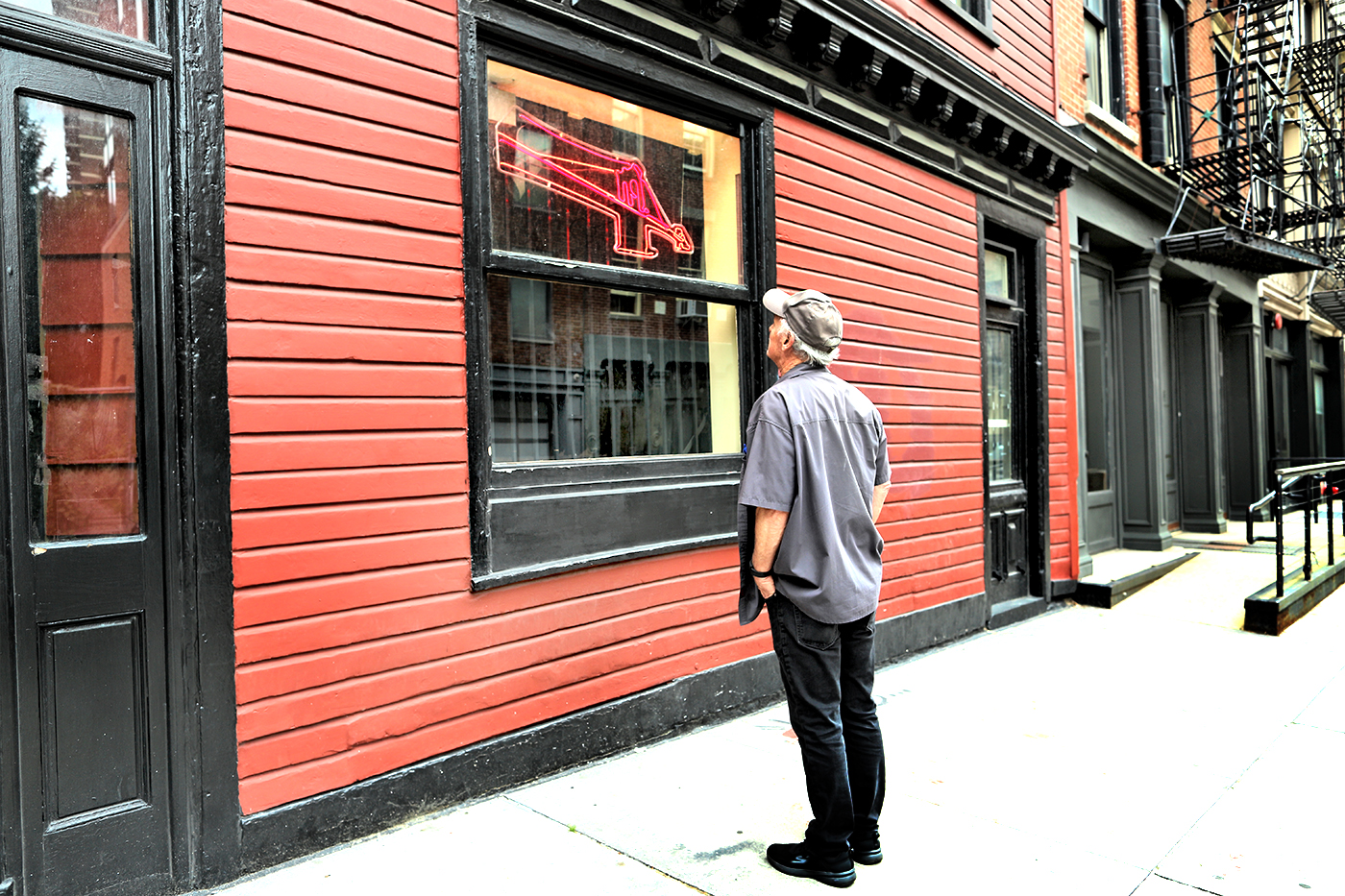 Today we are krawling down Water Street, all the way to South Seaport and east to the Brooklyn Bridge, in search of The Bridge Café.  By some accounts, one of the oldest  drinking establishments in Manhattan. 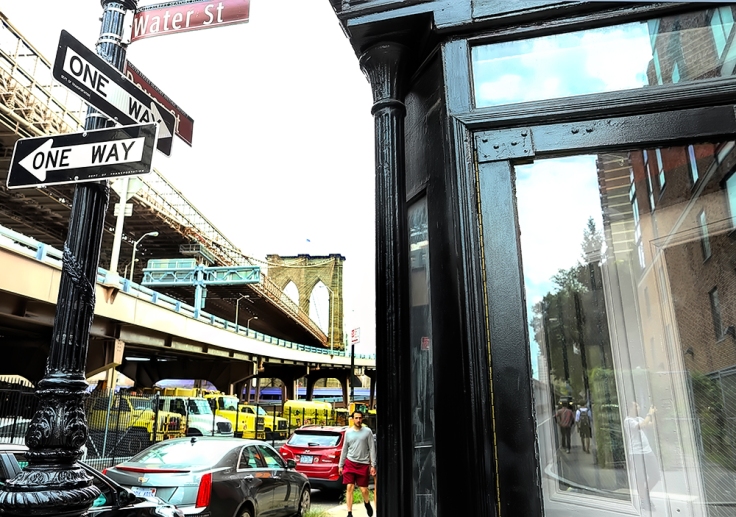 Opening in 1795 at 279 Water Street, the corner of Water and Dover, The Bridge Café is one of the oldest wooden buildings in Manhattan.  It has been described in city directories as a grocery, a porterhouse, and a drinking establishment.  In its colorful history, it operated as a brothel from 1847 to 1860.  Until its closure, it was the city’s oldest continuous business establishment and had been under the same ownership since 1979. 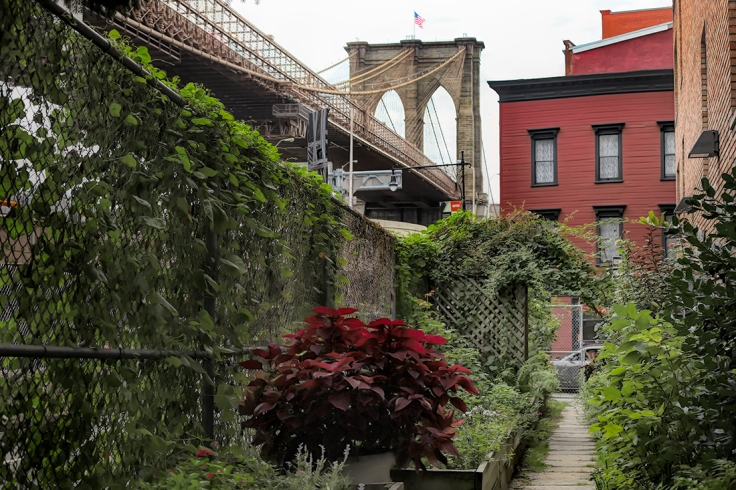 Finding the Bridge was easy, but a little dejecting.  In reading about the history, we were looking forward to experiencing the café.  We found it boarded up.  Wiping a peep hole through the dusty windows, we peered inside to find some damaged paneling and a motorcycle.  It appears to be permanently closed. 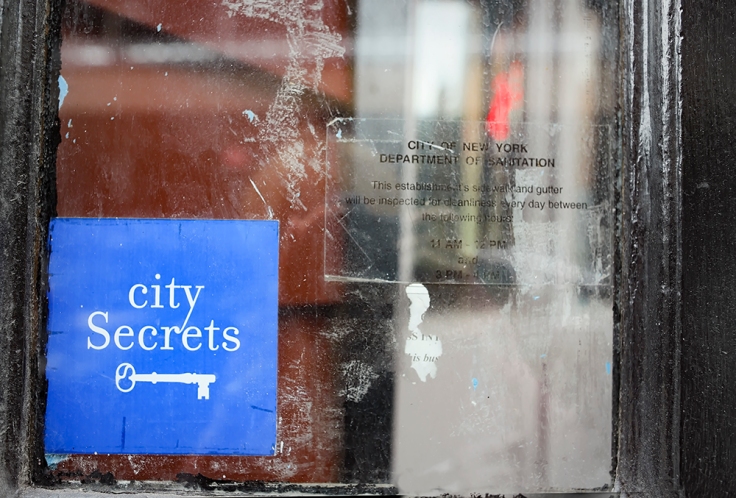 The Bridge was killed by Hurricane Sandy.  The building was damaged and has been closed since the storm. 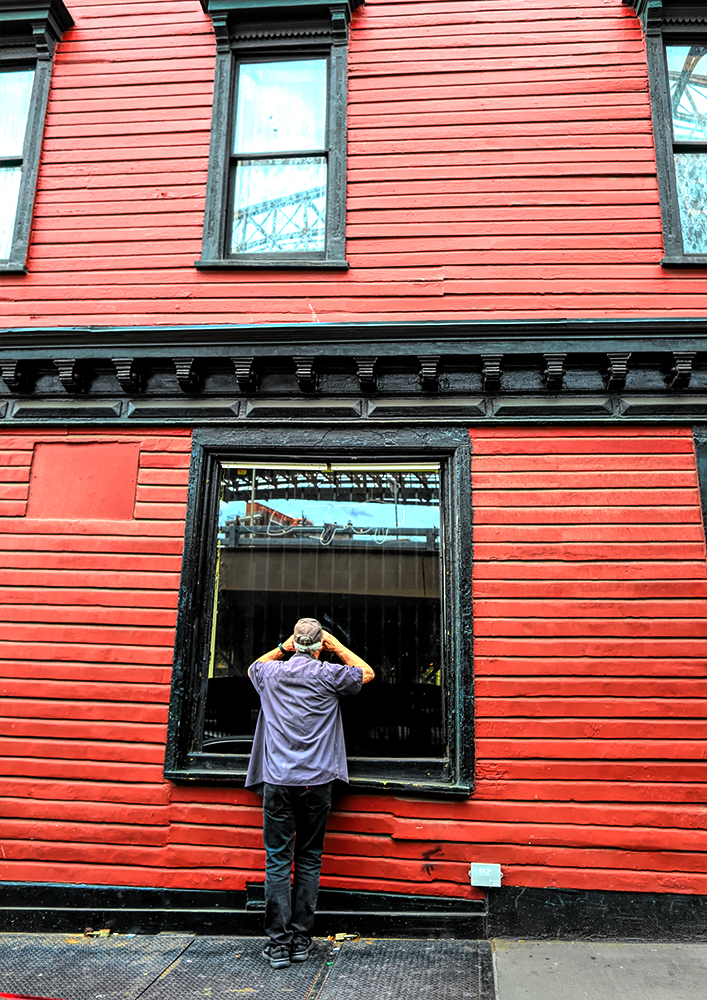 The Bridge Café is considered it to be one of New York City’s Top 5 Historic Bars but we found its history dead.  And that is sad. In the window  a red neon light depicting the Brooklyn Bridge still burns in hope. 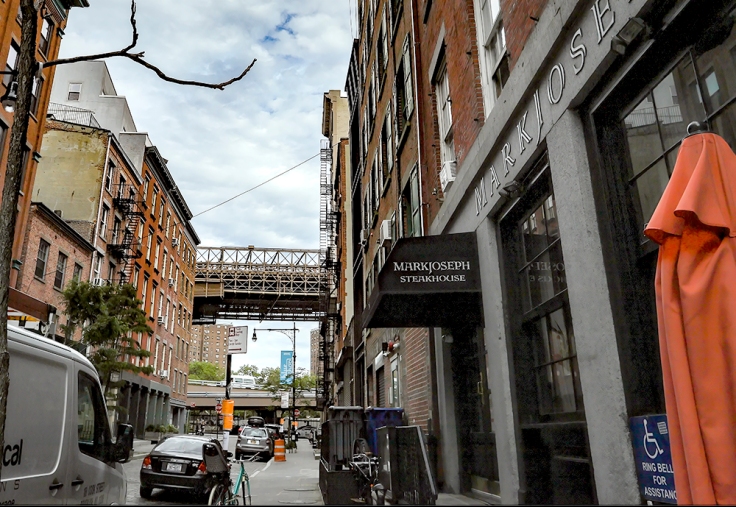 As an alternative you might try The Hideaway Seaport 251 Water Street, Peck Slip.  While not an historical tavern, we saw a healthy gathering in their open air window.  The building is historical and provides an impressive example of Romanesque Revival style, featuring terra-cotta ornamentation above the Water Street entrance.  251 Water is listed on the  New York City and State and National Register of Historic Places in the South Street Seaport historic district. 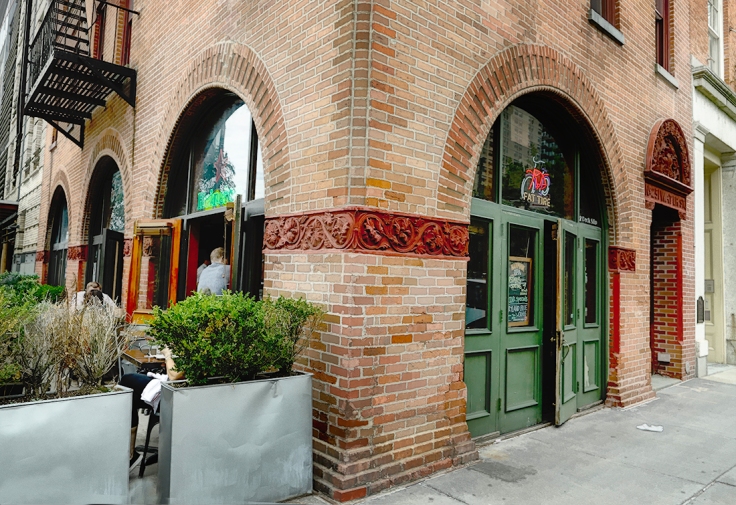