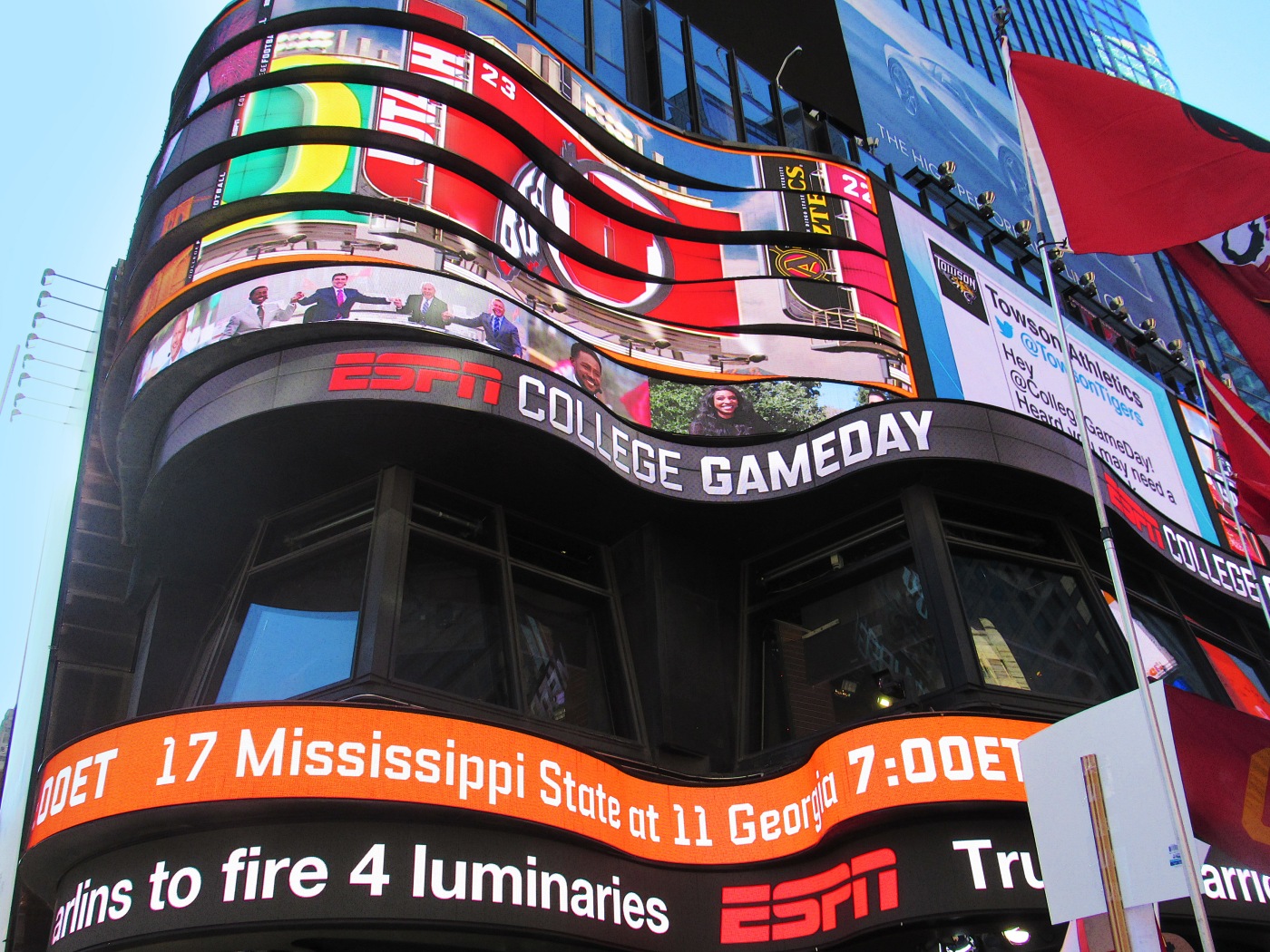 The nearest college football game is 523 miles away.  Well, a game with a significant team (Ohio State)   playing.  But that didn’t dampen the excitement or the size of the crowd here.

ESPN’s Game Day came to Times Square this morning.  We jumped up and took off to see Kirk and Corso, the other two guys, read the signs and just see what’s happening. 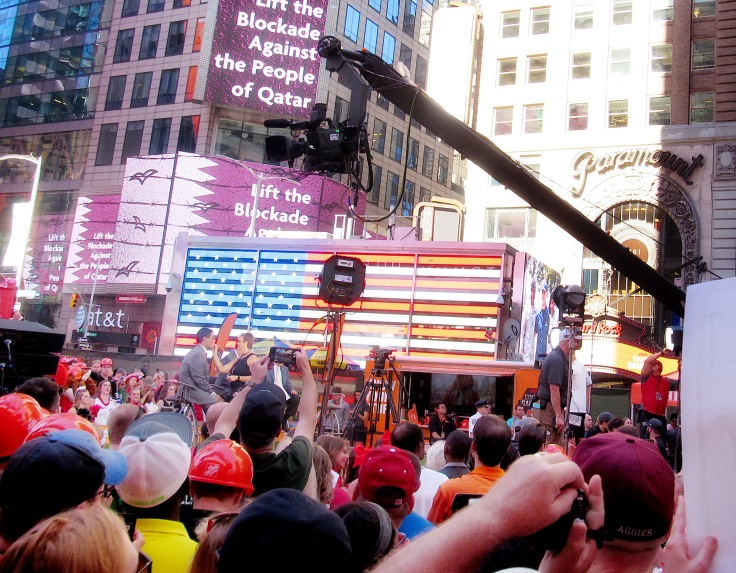 It was too crowded to see very well but we were able to see the back of Lee Corso’s head!

The streets were blocked off, sidewalks jammed shoulder to shoulder, New York’s finest keeping order and every college team’s colors being proudly worn by the fans.  I was wearing my Crimson and Cream of OU and Jerry had her Oklahoma State shirt. 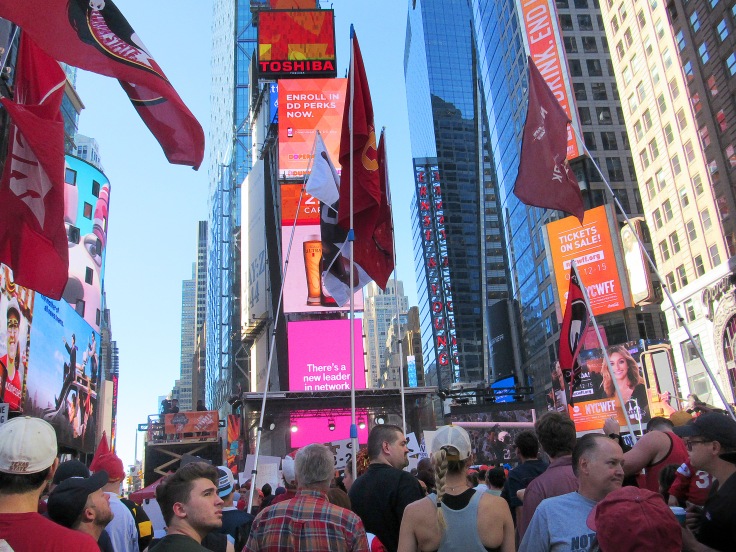 Fordham even had a contingent.  Interestingly enough, Fordham is for real and they still have a football team here in New York.  It’s been a long time since the WWII days for the Rams!

The signs were clever and well done.  The fans were loud and cheering.  And despite being in what could be called a college football wasteland, the thrill of the season was in the air!